Since Pablo Motos began to present The Hormiguero Fifteen years ago, many have been the guests who have come to the program to be interviewed and have fun with its curious sections. Actors and actresses, singers, athletes, politicians and international personalities have sat in front of Trancas and Barrancas, but if there is someone with whom the presenter has special relationship is with Will Smith, whom he called a few weeks ago “the stroke of luck that changed his life” and whom he has been able to interview on numerous occasions. In addition, the driver of the Antena 3 format has ensured that he has a friendship that goes beyond the cameras. The first time the actor went to have fun with the ants, he was fascinated by the idea of ​​”very crazy entertainment,” so the two hit it off right away. They quickly realized everything they had in common and even collaborated on the show: “I let him lead. He is much better than me at everything. He even knows when to make a joke.”, has also related the radio host in The meaning of beer by Ricardo Moya.


The reason why Pablo Motos has had to undergo surgery

Such was the good friendship that both of them created, that during the third interview in which they agreed, they became professionally united. “We started a company and we were about to sell the program”, Pablo has confessed, adding that there was very little left to sell the idea on NBC, although he finally “went to hell” and the project they had created together did not reach more. The displays of affection between the two every time they see each other are more than evident, but also the presenter always has good words for the interpreter of I’m legend. “Will Smith makes me a better person. I give you an intimate moment that is never recorded. When you first greet the guest. We haven’t seen each other for three years, “he wrote on his social networks next to the images in which they hug each other warmly.

Motos also considers the actor to be an exceptional father and has recounted a situation he experienced on the show when Smith visited the set with his entire family. The presenter has assured that during a few moments a “huge tension” was created as a result of a small mistake. After taking the typical photos to hang as a souvenir on the wall of the newsroom, the interpreter’s son made a mistake with the dedication. While for Pablo it was a trifle, for the American it served as an apprenticeship. “Will told me that his child had to concentrate to know the value of everything. ‘He has it all, or he learns to value things or it will surely go wrong’ “, has commented. 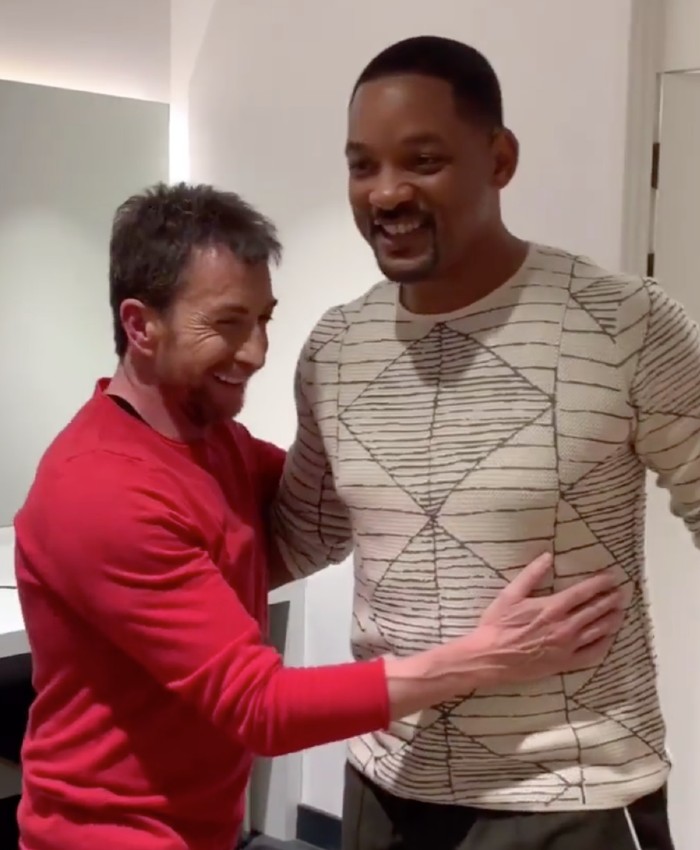 It seems that the feeling between the two is mutual, since the actor of The prince of Bel Air, in the different visits he has made to Spain, he has said such remarkable phrases in Castilian as “Pablo, you are my brother“In fact, one of the most memorable moments in the history of the show was precisely that on the anniversary of 2013 when they had to travel to London and record it there so that the American interpreter could be part of it, this being the sixth contact with the Antena 3 format.

To know the most relevant of hola.com and not miss articles like this one, subscribe to our newsletter here.

Many Thanks To The following Website For This Valuable Content.
Pablo Motos and Will Smith: friends and partners too!