One of the all-time favorite superheroes is undoubtedly Spider-Man. The arachnid’s first appearance was in August 1962 in the 15th issue of the Amazing Fantasy comic, and from then on Peter Parker became so popular that Stand Lee and Steve Ditko decided to create their own story.

SIGHT: Star + arrived in Peru: we tested the new Disney platform and this is what we think | REVIEW

Before becoming popular in New York City, Peter was an orphaned teenager living with his Aunt May and Uncle Ben in the Big Apple after the deaths of his parents, Richard and Mary Parker, in a plane crash.

Due to things of fate, Peter acquires his powers after being bitten by a radioactive spider and from that moment his life changes completely. Spider-Man’s multiple abilities include the ability to grab onto any type of surface, throw cobwebs from his wrists, and his sixth sense to anticipate danger.

The comic had its first television movie in 1977 and Nicholas Hammod was the actor who brought Spider-Man to life at the time. Twenty-five years later, Spider-Man made a splash with his movie premiere, with Tobey Maguire playing Hollywood’s most beloved arachnid. Besides them, what other actors have gotten into the skin of the superhero?

He is the first actor to play Peter Parker in a TV movie in 1977. The film was called “The Amazing Spider-Man” and was a resounding success, so much so that the producers decided to make a second part that was released in 1979 (“Spider-Man: the challenge of the dragon”).

The tape became available in VHS format for those who were left wanting to return the exploits of the arachnid.

In 1979, this Japanese actor was commissioned to play Spider-Man in a Japanese television series. The production only had a 41-episode season and was broadcast for a whole year on TV Tokyo. In addition, it had a special chapter that was shown in Japanese movie theaters.

In the Japanese version Spider-Man is not called Peter Parker but Takua Yamashiro and acquires his powers from a warrior from the planet Spider, who injects his blood into him. In terms of clothing, there is only a small variation, Spider-Man has a giant armband to throw his webs and summon his uniform.

Spider-Man also had his own Broadway musical and Reeve Carney starred in “Spider-Man: Turn Off the Dark,” which premiered on a trial basis in late 2010 and then had several delays that caused it to not open its doors. doors to the public until mid-2011.

The proposal was not well received by critics. In the musical Carney could only fulfill his performance in six of the eight functions that were performed a week and when he was resting he was replaced by Matthew James Thomas. The production featured the participation of Bono on the soundtrack. The singer and Carney recorded a video clip called “The Edge.”

The trilogy performed by Maguire is undoubtedly one of the favorites of the public. The actor first donned the Spider-Man costume in 2002. In the first film, Peter Parker goes through the process of acquiring powers after being bitten by a genetically modified spider.

In the second installment Peter Parker faced Doctor Ock and in the last film of the trilogy, which arrived in 2007, the arachnid faced Venom. The three films also featured the roles of Kirsten Dunst as Mary Jane and Willem Defoe as the Green Goblin.

After several years, Spider-Man returned to the big screen. In 2012, Andrew Garfield stepped into the skin of the superhero for “The Amazing Spider-Man.”

Two years later, Garfield returned to assume the role of Peter Parker for “The Amazing Spider-Man: Rise of Electro”, in this film Gwen Stacy (Emma Stone), the girlfriend of Spider-Man, dies. Although many were left with the desire to see Garfield for the third time playing the arachnid, a third movie was never made.

So far, Holland is the latest actor to bring the superhero to life. In 2016, he made his debut as Spider-Man in the movie “Captain America: Civil War,” the highest grossing movie of that year. Then, he returned to play the superhero, this time as the protagonist, in the film “Spider-Man: Homecoming” (2017), which was also critically acclaimed. The young interpreter repeated his plate in 2019 with “Spider-Man: Far From Home”.

The actor also appeared as Spider-Man in “Avengers: Infinity War” (2018) and “Avengers: Endgame” (2019). A third Tom Holland movie as Spider-Man is expected to hit the big screen in December this year, although there could be some complication due to the coronavirus pandemic sweeping through the world. For now, Sony Pictures and Marvel Studios give the green light to the panorama thanks to the new trailer for the film.

These are the Spider-Man tapes that you can watch in streaming: 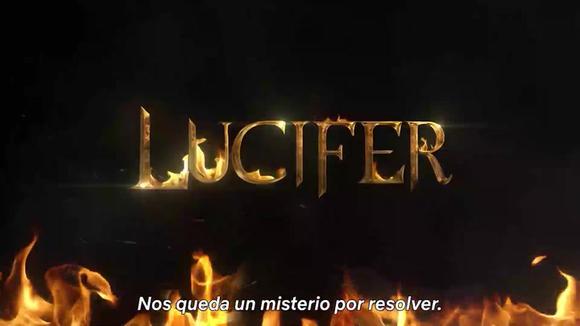 Netflix finally released the official trailer for the sixth and final season of “Lucifer”, the series starring Tom Ellis and Lauren German will premiere in September this year. (Source: Netflix)

Many Thanks To The following Website For This Valuable Content.
“Spider-Man” before Tom Holland: who has been the best Spider-Man on the screen? | Tobey Maguire | Andrew Garfield | SKIP-ENTER