The Hollywood industry has been talking about diversity and more female roles for a while. However, before this situation began to become visible there have been pioneering figures who have been the first to show that reality is much more plural than it seems: this is the case of actress Zoe Saldana.

Zoe Yadira Saldaña Nazario was born on June 19, 1978 in Passaic, New Jersey. Daughter of a Dominican father and a Puerto Rican mother, she spent much of her childhood in the New York borough of Queens. However, after the death of his father, at the age of nine he moved with his mother to the Dominican Republic, hence, it has both English and Spanish as its native languages.

An actress who has broken barriers

It was in the Dominican Republic where his artistic vocation began, receiving ballet, jazz and modern dance classes. Upon his return to New York, the future actress initially began in dance, although later she began to participate in plays. His first contact with the Hollywood industry was in the series ‘Law and order’, in 1999. A year later he starred in his first film, ‘The rhythm of success’. 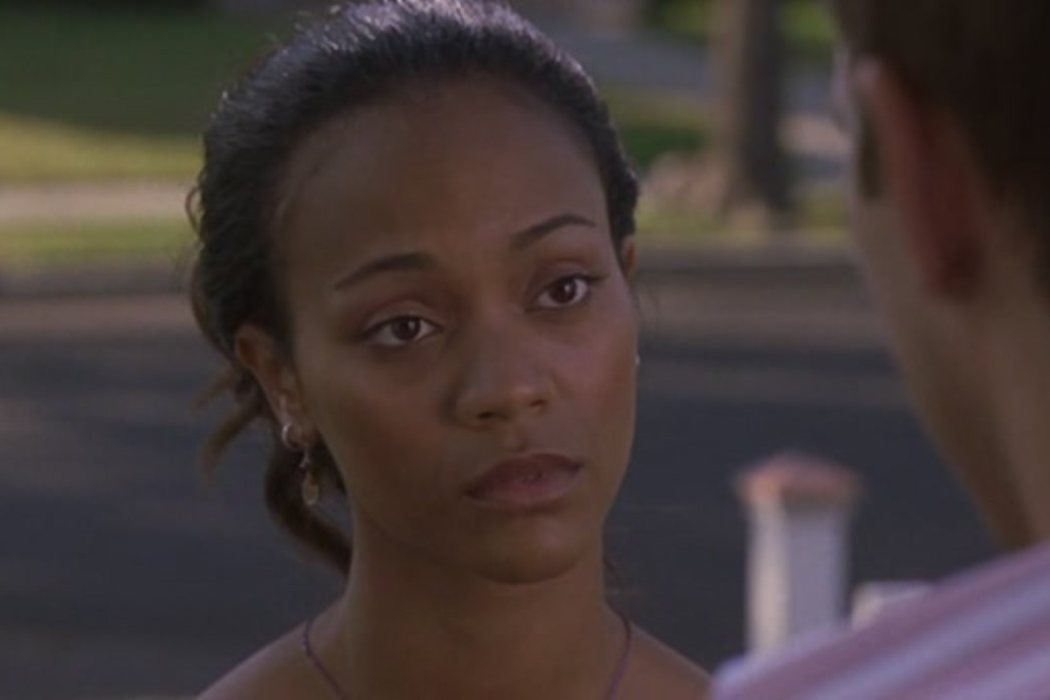 As described before, his last name is Saldaña, with eñe. However, most of the public, including the Spanish-speaking, names her Saldana, with Jan. The reason is very simple, the letter eñe has not been contemplated in the US system, which causes each person who has a surname or first name with eñe to be modified by an ene, the same happens with the cedilla or the accents. Hence, the actress, born in the United States, has that “problem.” Both Zoe Saldaña and Zoe Saldana would be equally valid.

2 Not everyone understands their ethnic origins 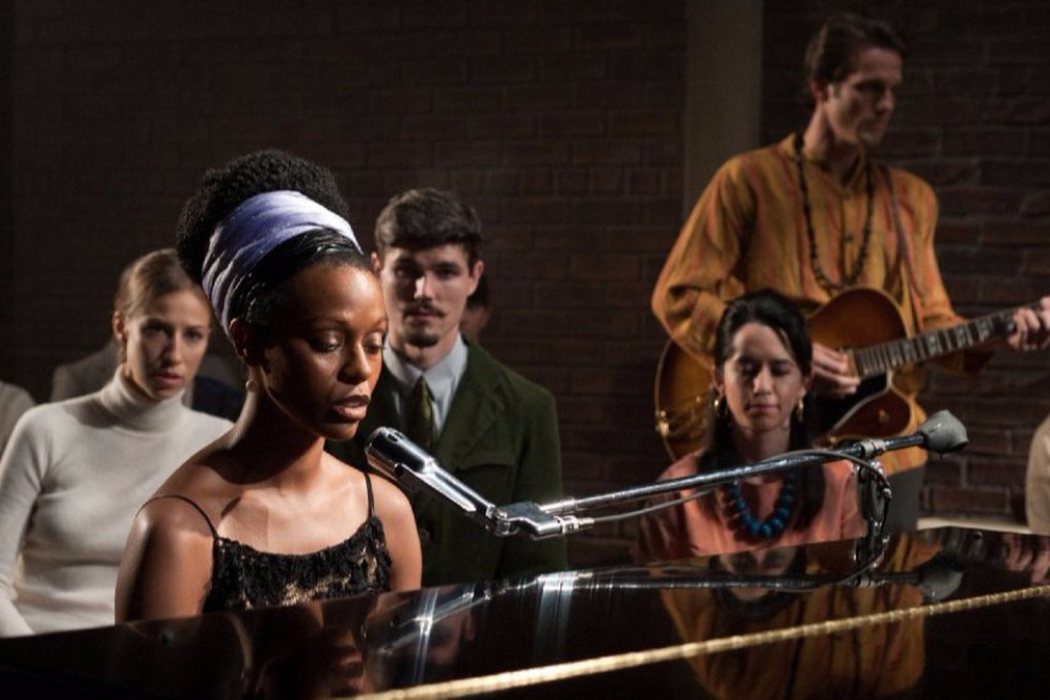 Zoe Saldana is of Latin American origin, being his father from the Dominican Republic and his mother from Puerto Rico. What’s more, her father had Haitian roots, which causes the actress to have black origins, which makes her also African American. This reality is much more common than society perceives. Nevertheless, having that cultural richness has given Saldana the odd headache, since not everyone understands it. An example of this was the controversy that arose over her choice in the biopic of Nina Simone directed by Cynthia Mort, which caused outrage among the American black community and the family of the jazz diva, as not be considered “black enough”.

Saldana defended himself from criticism. “There is no way to be black. I am black the way I know how I am. You have no idea who I am. I was raised among black men. Never think that you can look at me and address me with such disdain,” she declared in an interview for Allure. The actress also had the defense of African-American artists such as Queen Latifah, who asked to give it a try. 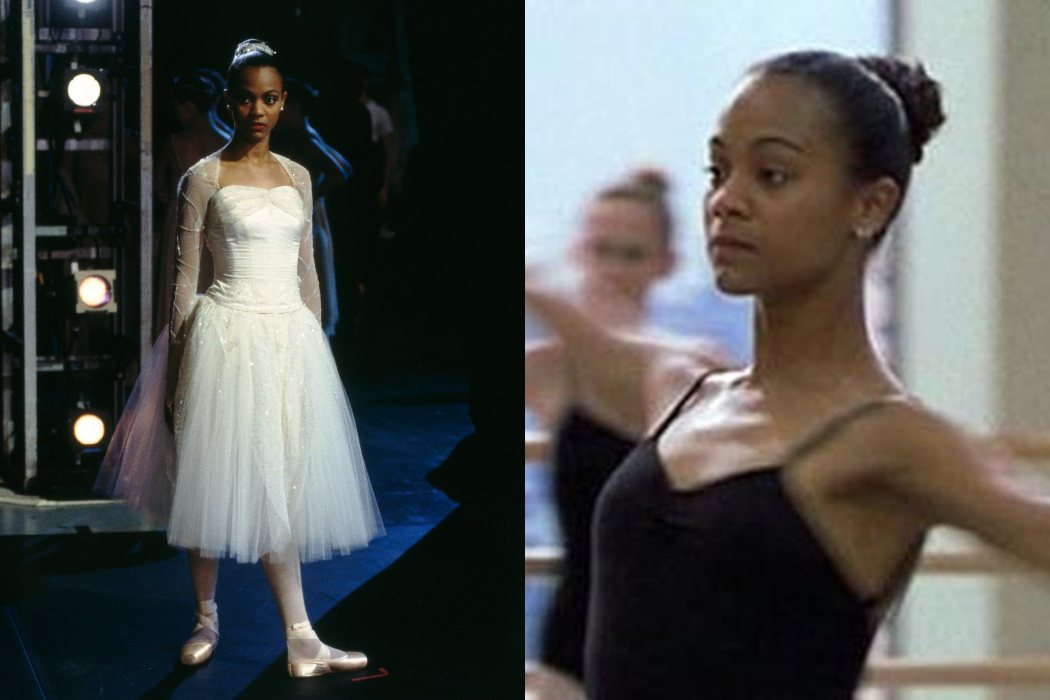 Her original vocation was not that of an actress, but that of a dancer. Saldana studied dance at the ECOS Espacio de Danza Academy in Santo Domingo and ballet was her first passion. In an interview with Vanity Fair, she revealed that she left ballet because she “didn’t have the foot” for dance, as well as that she had too much pride and ambition to settle for being in the corps de ballet and not being a prima ballerina. That is why he decided to change his profession. Curiously, being a ballet dancer helped her land her first co-starring role in a movie: ‘The rhythm of success’, in which he gave life to Eva, a dancer from the fictional American Ballet Theater in New York.

4 She discovered acting as a volunteer 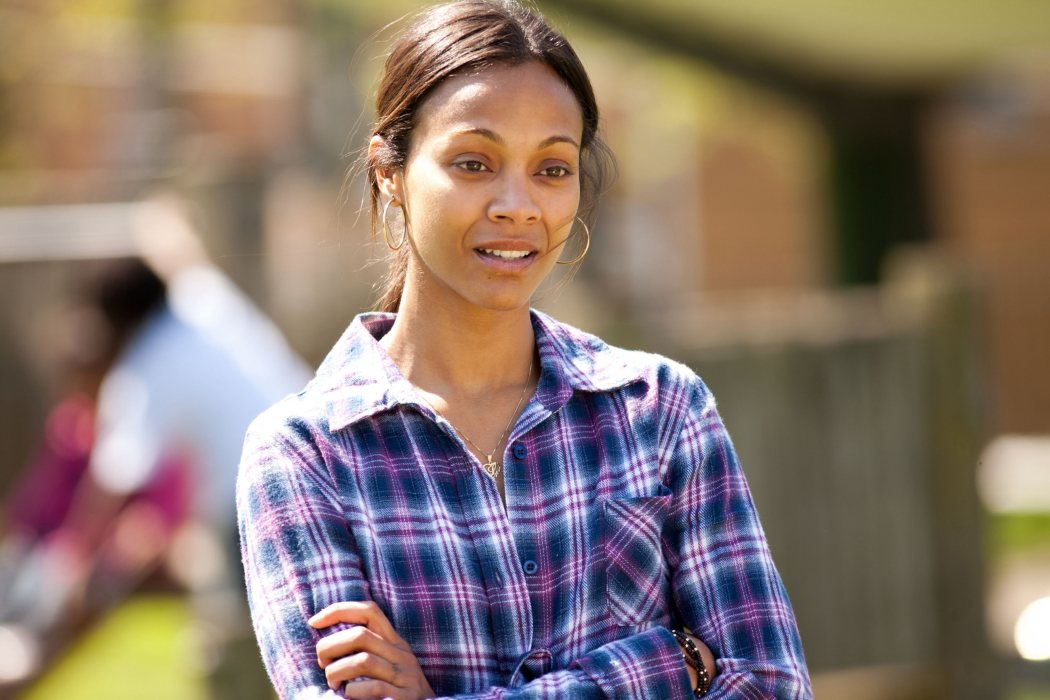 So how did she end up being an actress? When he returned to live in New York, at the age of 17, began performing in the Brooklyn Faces theater group, an organization under the Maimonides Hospital whose mission was to reproduce works with positive messages for adolescents, narrating social issues such as sexist violence, substance abuse or sexual relations. With which, Zoe Saldana began her career by being, first, a volunteer.

5 He was present at Britney Spears’ debut as an actress

Among his early films, one of them was’ Crossroads’, Britney Spears’ film debut as an actress. Road movie that chronicles the maturing process of three friends, the film was vilified by critics (it won two Razzie Awards) but was a box office success. That did not stop Zoe Saldana’s career from continuing to rise. 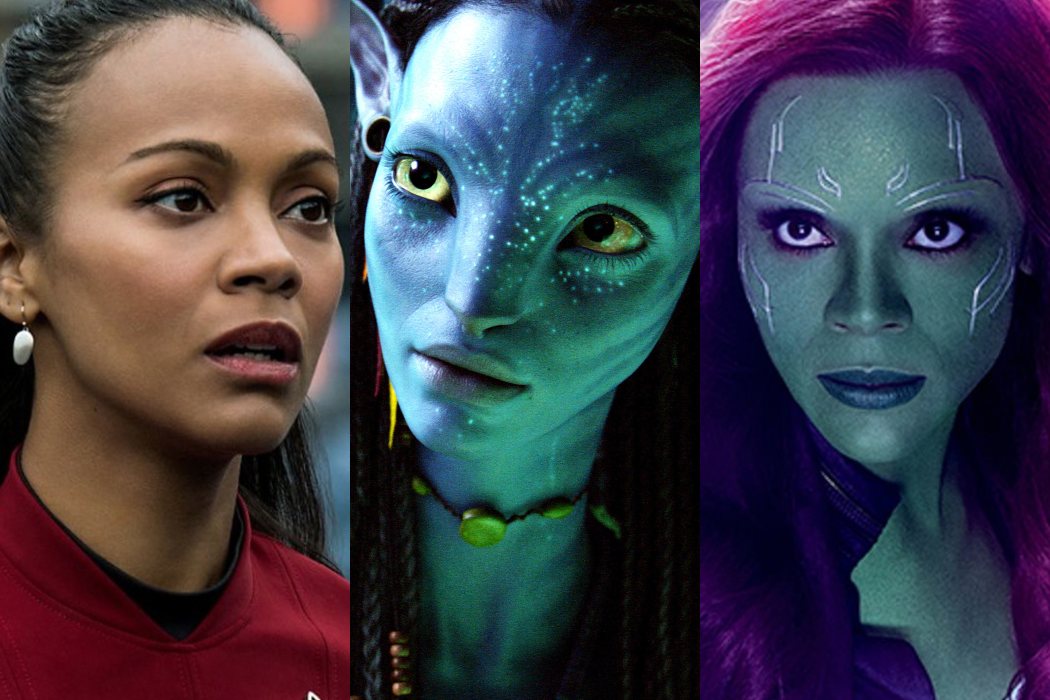 Her roles as Uhura in ‘Star Trek’, Neytiri in ‘Avatar’ and Gamora in the Marvel Cinematic Universe they have earned her the nickname of the “muse of science fiction.” In an interview he spoke of his passion for the genre. “I like space, I like galaxies, I like stars”he commented. The truth is that he would only need to participate in ‘Star Wars’ to complete his passage through the most important current sagas of science fiction.

8 Her husband adopted her last name 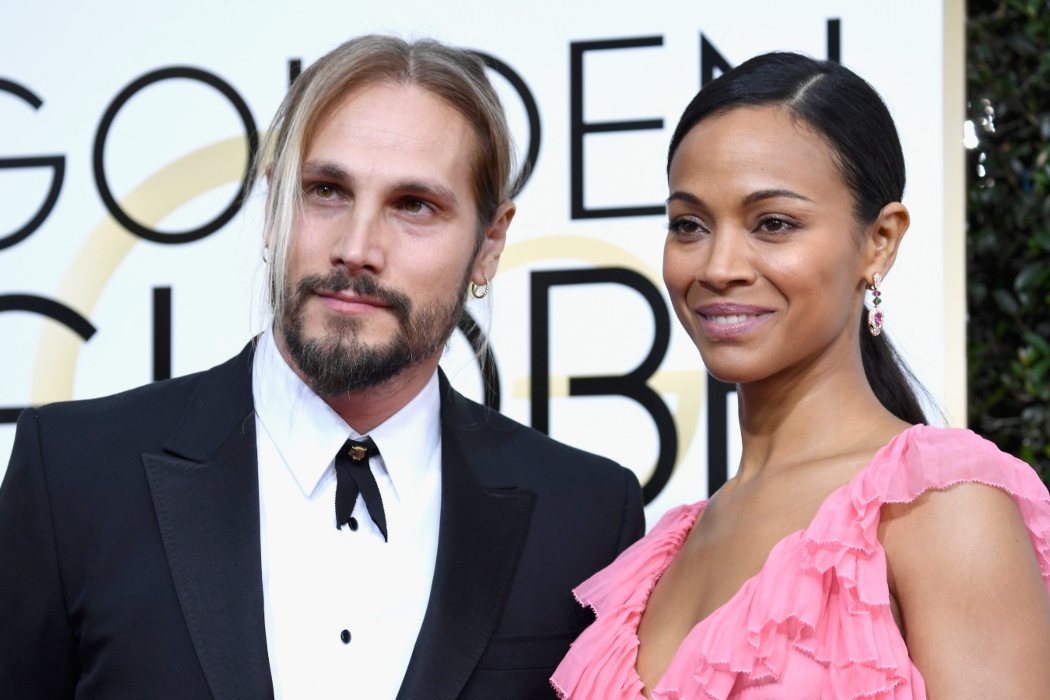 Since 2013 Zoe Saldana has been married to the Italian artist Marco Perego. In 2015 the actress revealed that both decided to adopt each other’s surnames, a gesture of love that is also a gesture of equality. With which, officially, Zoe Saldana is Zoe Saldana-Perego and her husband Marco Perego-Saldana.

9 Superheroine in Marvel but in animation prefers other studios 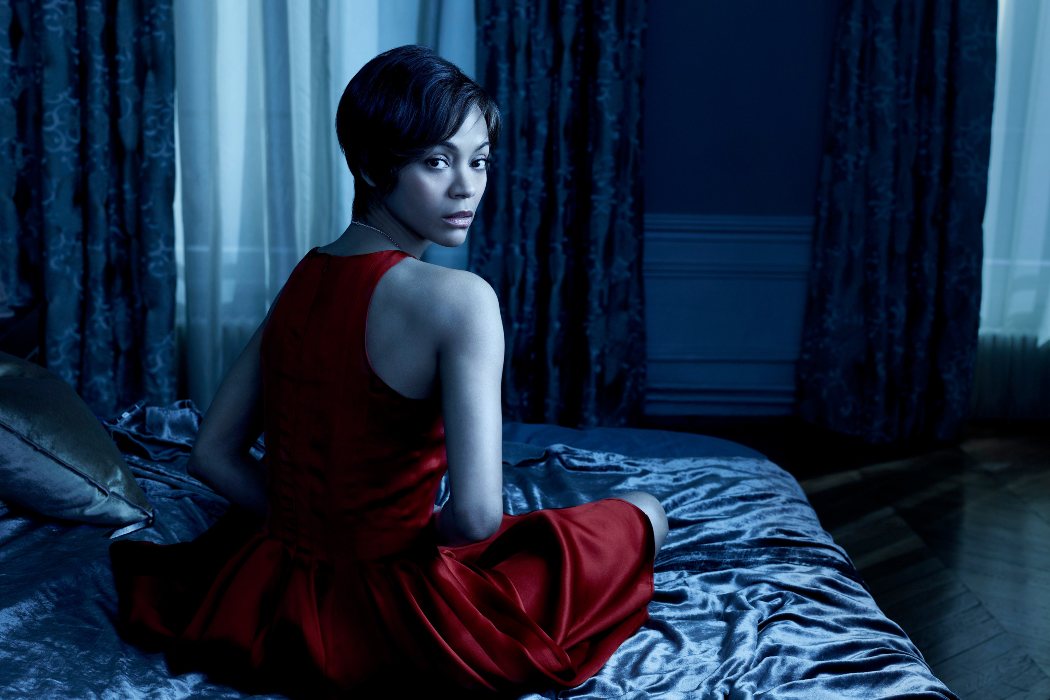 Although Zoe Saldana’s projects have been mainly related to cinema, her first acting job in American industry was on television, by participating in two chapters of the mythical police series ‘Law and order’. Since then, little has been lavished on the small screen.

In 2004 he participated in an episode of ‘Law and order: Special Victims Unit’, between 2006 and 2007 he was in five episodes of the series ‘Six degrees’, created by JJ Abrams (with whom he would later work in the cinema). His true return to television was in 2014 with the miniseries ‘The Devil’s Seed’, which was directed by the Polish filmmaker Agnieszka Holland and of which Saldana was a producer.

Since then, Zoe Saldana’s career has been on the rise. It has become an example for both Latin American actresses and African American performers, having roots from different countries and ethnicities. Therefore, it is time to review the most interesting curiosities of his biography.

Many Thanks To The following Website For This Valuable Content.
Her beginnings as a ballet dancer and other curiosities of Zoe Saldana