Grace Kelly became Princess of Monaco by marrying Rainier III, the Builder Prince, on April 18, 1956 in the throne room of the Grimaldi royal palace. The consort-turned actress was dressed in a two-piece powdered and embroidered lace that was signed by Helen Rose, the low-key Metro-Goldwyn-Mayer costume designer Grace had met during the filming of Mogambo three years before. The next morning the lovebirds sealed their love in the eyes of God, and those of the less classist members of royalty, in the Cathedral of Our Lady of Monte Carlo. The same one in which they are now buried. The bride’s dress, with a lace bodice and a silk taffeta skirt with a sash, was also the work and grace of the American designer Helen Rose, who had dressed her the day before. It was a gift from the film production company they both worked for. Pure marketing. This snowy piece is one of the most copied in the history of bridal fashion. The shadow of their influence continues to this day. Rose’s work, who also made the outfit Elizabeth Taylor married in 1950 to Conrad Hilton Jr (Paris’s great-uncle), did not only serve as inspiration for the ceremonial sector. We have to talk about Helen Rose’s influence on American dress style.

Helen Rose was born in Illinois in 1904 to a middle-class Jewish family of Russian-German descent. His father, William Bromberg, was a co-owner of an art reproduction business and his mother, RayBobbs, was a seamstress. Two professions that ended up converging on Helen’s task. After attending the Chicago School of Fine Arts, she was employed as a burlesque clothing designer for 37.5 cents an hour until she moved West after the stock market crash of 29. In 1930 she married Harry Rose in Los Angeles where she worked. almost a decade drawing the costumes for the low-budget works of the producer of the brothers Fanchon and Marco Wolff. He came to dress the versatile Mae West and her muscular dancers chosen one by one by the blonde light of the grayer days in the United States. During those years he also took care of the design of The Ice Follies, a kind of traveling show on ice.

In 1943 he made the leap to the world of cinema by taking over the wardrobe of Stormy Weather, a musical tape produced by 20th Century Fox where the entire cast was African American. It was not an easy shoot. Helen Rose noted in her memoirs, “Just Make Them Beautiful”: The Many Worlds of a Designing Woman, that she herself took care of Lena Horne’s hair after a racist hairdresser refused to touch the hair of the black actress and singer on the basis of I don’t know what union rule. “They were being treated with very little respect. Horne was beautiful, talented, elegant, and intelligent, but a black woman was still not considered acceptable in 1940’s Hollywood. I exploded, couldn’t believe what I was hearing. Lena really cemented our friendship in that moment because she never lost her composure. She sat in silence, not saying a word, behaving like the lady that she is, ”she wrote.

Two years later she was recruited by Louis B. Mayer to be part of the Metro-Goldwyn-Mayer wardrobe team that was led by Irene Gibbons, with whom she did not get on very well. The boss preferred to assign the tailoring design of major films to her three disciples: Barbara Krinska, Marion Herwood Keyes and Irene Sharaff.

In 1948 Helen Rose took over the clothes for Elizabeth Taylor, who was 16 years old, in A date with Judy. Thanks to a violet chiffon dress, matching the actress’s eyes, Taylor became the style icon of American girls. A couple of years later, he made for the London artist the 47 garments that she wore in Father of the bride. Rose became head of the design department in 1949, a position she held until 1966. The corset that Rose drew for Turner in The Merry Widow (1952) was replicated by most American and European lingerie manufacturers and named after the film. The wardrobe of Mogambo, shot a year later, influenced sportswear for decades.

In 1958 it was released The cat on the tin roof, a southern drama based on the Tennessee Williams play of the same name. Throughout its 144-minute run, Elizabeth Taylor wears only three outfits: a nondescript blouse and day skirt pair, a pink satin combo that Rose spent $ 2,000 on creating, and a white chiffon cocktail dress with a draped neckline. V-shaped, waist highlighted with a belt and cape skirt. It was option B, the first had been ruled out by Liz, supported by director Richard Brooks, because she considered it a rag. The substitute became a pitch. Helen Rose sold thousands of copies for $ 250 of the Greek-inspired dress from ready. A year earlier, the Chicago designer had launched her own clothing line. The dress was available in their catalog for six seasons. “I found that women around the world were always eager to wear what movie stars were wearing.” Said the thinking woman in the dress. 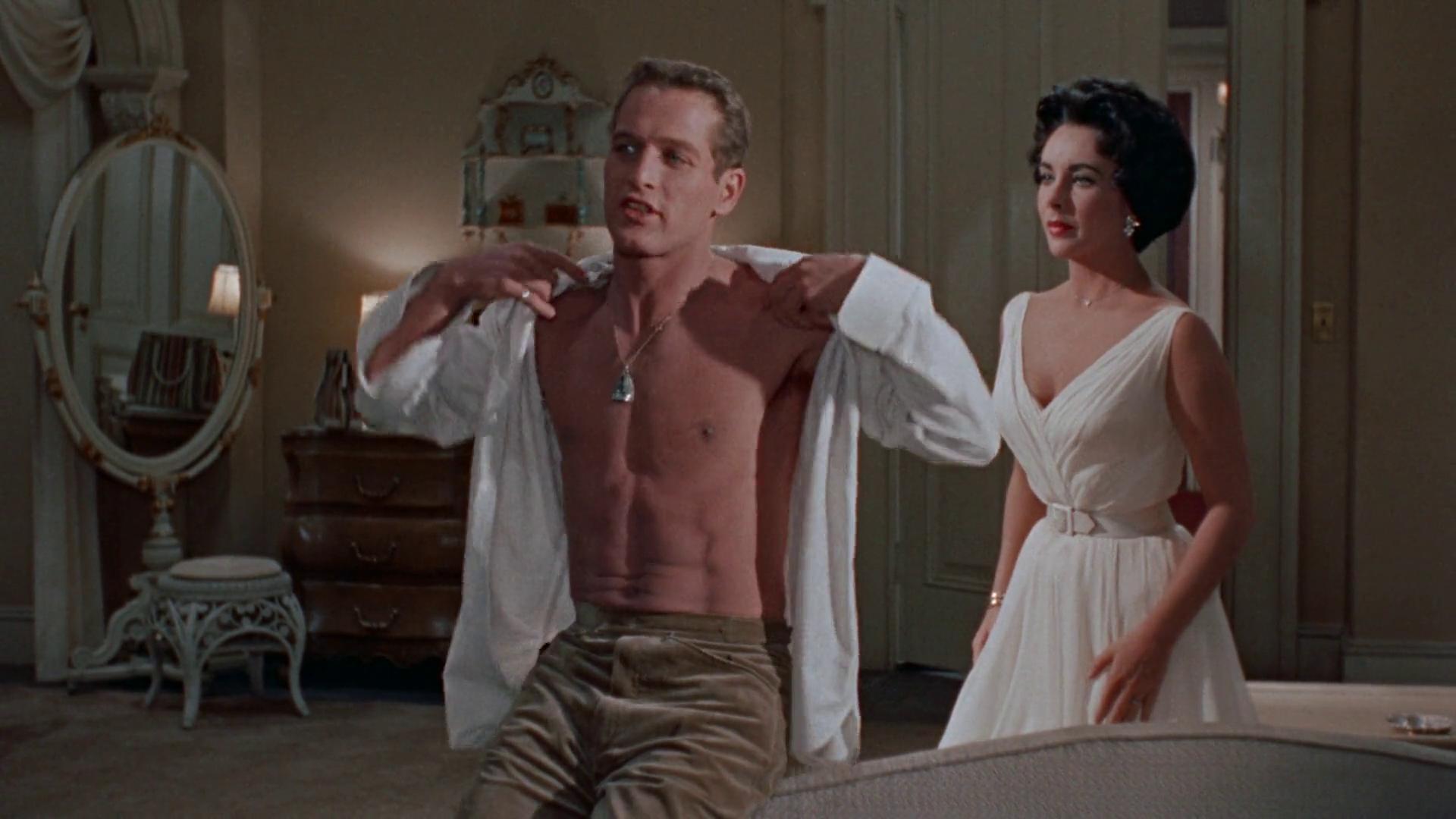 Elizabeth Taylor’s chiffon dress in ‘The Cat on the Zinc Roof’. Photo:

Stars, like Ava Gardner, Debbie Reynolds, Doris Day or Esther Williams, adored Helen. Many became great friends. “I was never subservient to the stars, nor was it amazed. I treated them like the rest, especially if they were young. I understood their problems; they knew I was their friend. ” He summarized in his memoirs published in 1976.

Helen’s clothes not only highlighted the charms and hid the defects of the actresses, they were also light. Louis B. Mayer had asked Rose to make the cast look beautiful. Nothing more. The producer cared little for the comfort of the casting, but the designer’s experience making outfits for dancers allowed her to create functional designs that facilitated the movement of Hollywood performers out of many, many yards of gauze. Helen was famous for wearing this fabric. “A beautiful chiffon dress from Helen Rose, a little Dom Perignon, some caviar, and damn you’re married again!” Said Zsa Zsa Gabor.

The New Look by Christian Dior, inspired by the Victorian dresses by Norman Hartnell worn by the Queen Mother of the United Kingdom, had established itself as an elegant silhouette after World War II. The wife once again became the greatest showcase of the husband’s economic position. Helen Rose adjusted the trend of French within American cinema and American women adapted their tastes to those of the big screen. At the whims of Helen Rose. Many of the films were about the adventures and misadventures of the upper bourgeoisie in which the middle class was watched. Dress for the life you want, not the one you have.

Hollywood clothing was aspirational fashion easier to plagiarize than the European Haute Couture on which all designs in the industry were based. Helen Rose’s dresses were the most reproduced in department stores at the time because she knew how to adapt the pompous New Look to the needs of the American middle class. The cinema serves as a reference for the majority of spectators; at that time much more numerous than now. Films collect realities, but fictions also create realities. Rose herself offered, through the women’s magazines, the patterns of her creations so that the moviegoers could copy them. 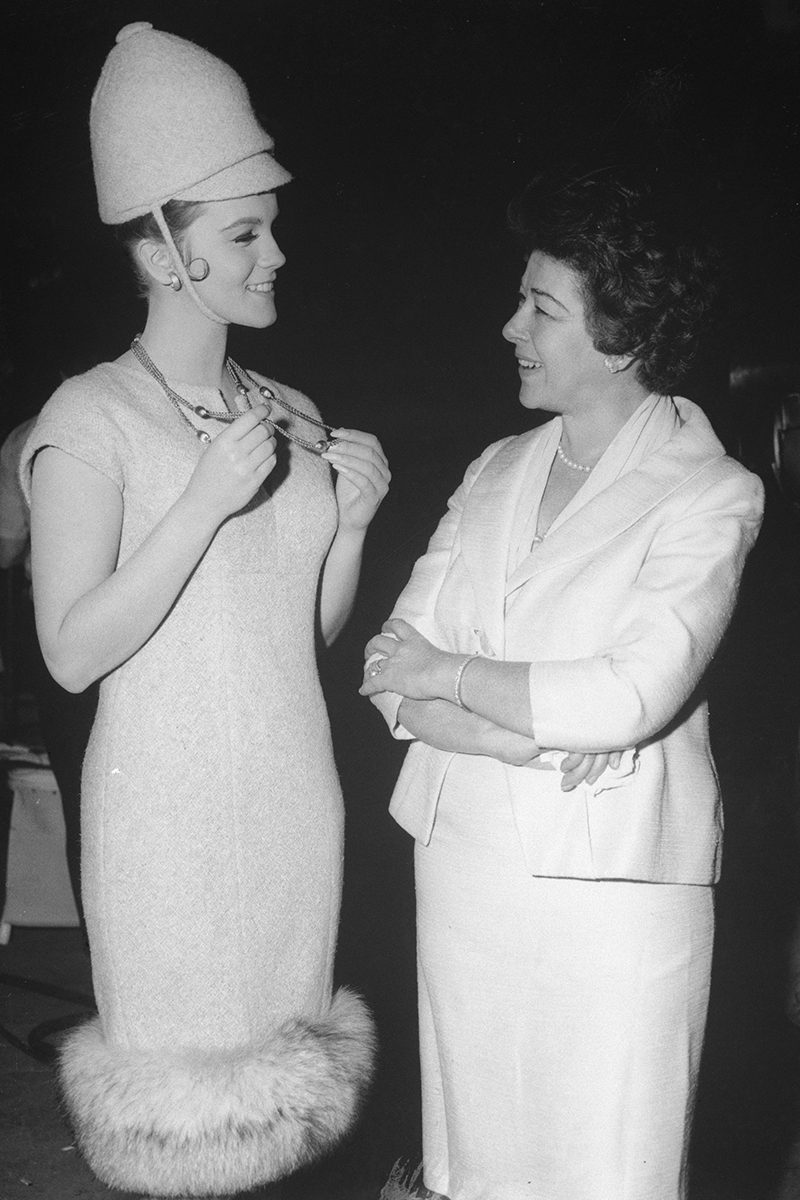 Helen Rose designed costumes for more than 200 films and won two Oscars. In 1952 by Captives of evil and in 1955 by Tomorrow i will cry. Her talent has sadly been dwarfed by that of her contemporary counterpart Edith Head who worked for Paramont Pictures and Universal Studios, won eight gold Academy Awards and colored herself like a stereotypical fashion character. Rose doesn’t have a song (They Might Be Giants dedicated Head She Think She is Edith Head) but My suspicious wife (1957) is partially inspired by his figure. In the hilarious romantic comedy Lauren Bacall plays a designer who falls in love with a sports journalist. Rose handled the costume design. Including a fictional buyers’ parade with pieces of Haute couture. “No studio designer had ever been asked to do something like this, and I knew the eyes of the world would be on me and the MGM department.” Rose said, as collected by Jay Jorgensen and Donald L. Scoggins in their 2015 book Creating the Illusion (Turner Classic Movies): A Fashionable History of Hollywood Costume Designers.

Some of the pieces in this feature film are part of the most expensive wardrobe in the history of cinema. There is no simple rock that can compare to this almost two-hour cinematic tribute. After her death in 1985, the discreet Helen bequeathed her few files (most of them were owned by the studio) to the modeling agent Marilyn Visel who donated them in 2011 to the Palm Springs Historical Society (a cultural organization that watches over the memory of the woman). zone) that from time to time organizes parades with samples.

Many Thanks To The following Website For This Valuable Content.
Why vindicate Helen Rose, the author of Grace Kelly’s wedding dress, and one of Hollywood’s most fascinating creators | News, Fashion