“His albums are not in the music room, where I store thousands of records and a couple of guitars, but in the living room, sporting their picturesque covers alongside some favorites like Nick Lowe, Georgie Fame, Leon Russell, Rubén Rada and Geraint. Watkins “.

Among the thousands of records that Sergio Makaroff has at home, only those deserving of a position of honor go to the living room. Among them, the entire discography of the so-called King of Country Swing.

A section of SERGIO MAKAROFF.

The king of what?

Well, country swing, a subgenre that, as its name suggests, consists of singing country melodies with a swing rhythm.

Today it may sound deliciously old-fashioned and anachronistic, but a few decades ago it was the best of the best and Bob Wills and His Texas Playboys roamed North America filling venues, cheering dancers and triumphing in style.

I tell you bluntly: in my house his discography occupies a position of honor.

That means that His albums are not in the music room, where I store thousands of records and a couple of guitars, but in the living room, sporting their picturesque covers alongside favorites like Nick Lowe, Georgie Fame, Leon Russell, Rubén Rada and Geraint Watkins. .

For this servant few songs glide so sweetly, happily and comfortingly as those of Bob Wills’ repertoire.

And this is a treasure that I want to share with the world.

James Robert Wills (1905-1975) was born on a Texas farm, the son of a violinist and cotton farmer. He followed in his footsteps in both disciplines, learned to play the mandolin and at age 16 he ran away from home, got on a freight train and spent a few years wandering around, doing odd jobs here and there and getting into trouble as a character from Mark Twain.

He studied hairdressing, got married – he never stopped playing – and at 29 he was already the leader of his band.

It was wildly popular in the 30’s and 40’s; in the 50’s the advent of rock and roll was relegating it to the background. 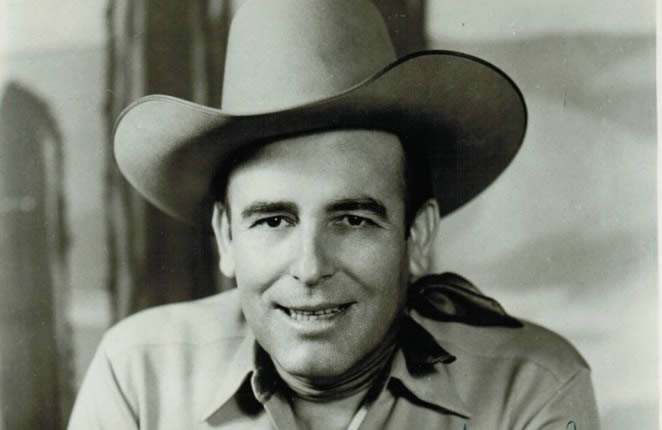 But before that, he lived in Hollywood, starred in movies, and lived the crazy life of a full-blown show business star.

Not for nothing was he the leader of the Texas playboys!

It is interesting to note that as a child he sang and danced with the black children of the plantation, from whom he always acknowledged having learned a lot from what he knew.

A few years later he rode 50 miles on horseback so as not to miss a performance by Bessie Smith: at that time if you were white and from the South you had to keep your head wide open so as not to be racist.

His own discography is vast and highly recommended, although it sounds in the archaic way that is to be expected in recordings of the time.

The group Asleep at the wheel released a series of fabulous albums celebrating the repertoire of the King of Country Swing, with collaborators like Willie Nelson and a host of luminaries from that part of heaven.

I am not going to miss out on the good music of the future, of the present or of the past.

¡Bob Wills is still the king!

Previous installment of Giants and Mills: Doug Sahm or the perfect storm