One of the most anticipated projects of the year is “Dune”, A new adaptation of the Frank Herbert classic by director Denis Villeneuve (“ Arrival, ”“ Blade Runner 2049 ”) that features a star-studded cast including Timothée Chalamet in the title role, as well as Zendaya, Oscar Isaac, Jason Momoa, Rebeca Ferguson and Josh Brolin.

SIGHT: “Dune”: why could the movie with Timothée Chalamet be the most important of 2021?

Almost two months after its arrival in theaters on October 21, the film already captivated audiences with its premiere at the Venice Film Festival, where it received a seven-minute ovation for this trip to the desert planet of Arrakis, plagued by giant worms. and source of the essential drug ‘spice’, which confers supernatural powers. But equally interesting is the complicated and long history that Hollywood has had to adapt it to the big screen, going through some of the most famous names – and in eccentric cases – of cinema such as Alejandro Jodorowsky, Ridley Scott and David Lynch, among others.

It all started in 1965, when the American writer Frank Herbert He took the science fiction world by storm with the publication of “Dune,” a 412-page novel that revolves around Paul Atreides’ rise from guerrilla to the intergalactic throne. The book soon became a sensation, tying with Roger Zelazny’s “You, the Immortal” for the Hugo Award for Best Novel of 1966.

The big screen also suffered a period of revaluation of science fiction thanks to the space race between the Soviet Union and the United States, with films such as “2001: a space odyssey”(1968) and“Planet of the Apes”(1968) marking milestones in the genre.

It is no surprise that the producer of the latter also wanted to find a new triumph with the adaptation of Herbert’s novel. Thus, Arthur P. Jacobs and his company Apjac International acquired the rights to bring “Dune” to the big screen in 1971..

From that year on the project was in development, with names like David Lean (“Lawrence of Arabia”, “Doctor Zhivago”) and Charles Jarrott voiced to direct. However, Jacobs’ early death from a heart attack in 1973, at age 51, caused all efforts to be in vain and the project was canceled the same year.

In what is perhaps the most interesting time of the entire saga, in December 1974 French producer Jean-Paul Gibon acquired the rights to Apjac’s film at the request of Chilean director Alejandro Jodorowsky.

The director had also caused a stir in the cinema with the financial success of his psychedelic cult films “The mole”(1970) and“The holy mountain”(1973) – the latter partially financed by John Lennon– and his frequent collaborator, Michel Seydoux, had given carte blanche to any project. His choice was Frank Herbert’s magnum opus.

But Jodorowski, who was also in charge of the script, was not willing to make a simple film, what he wanted to do was “change the young minds of the whole world.” The result is a strange project that had and will not have equal in the history of cinema, a film of 10 hours (14 according to other sources), recruiting some of the greatest (and eccentric) talents of the moment, with Salvador Dali in the role of Emperor Shaddam IV, Orson Welles like the villainous baron Vladimir Harkonnen, Mick Jagger as Feyd-Rautha and his own son, Brontis Jodorowsky, in the role of Paul Atreides.

In the artistic question he managed to get the Swiss artist H.R. Ginger – remembered now for creating the xenomorph from “Alien” – for the design of the creatures, while the band Pink Floyd I was in charge of the soundtrack.

In the end, Jodorowski’s dreams were very big and the project died in 1975 due to lack of funds, with two million already spent on pre-production. But his attempt was not forgotten and in 2013 the award-winning documentary “Jodorowsky’s Dune”, Which describes the entire quixotic enterprise.

“My ambition with ‘Dune’ was tremendous. So what I wanted was to create a prophet to change the young minds of the whole world.”, Said the director in the documentary. “For me, ‘Dune’ will be the arrival of a god. An artistic, cinematic god. For me, it was not making a movie. It was something deeper. I wanted to do something sacred, free, with a new perspective. Open the mind! Because I felt, at that moment, inside a prison. My ego, my intellect, I want to open it! And so I start the fight to make ‘Dune’”.

Defeated the efforts of Jodorowsky, the powerful Italian producer Dino De Laurentiis was the next to acquire the rights to “Dune” in 1976. Attempts to turn the book into a film would be fueled by the success of a space operetta called “Star Wars”A year later and for 1979 De Laurentiis hired the British director Ridley Scott, who had recently found success with the movie “Alien”, To take charge of the project.

However, the work to bring “Dune” forward was slow due to the epic dimensions of the film. In pre-production time a tragedy touched Scott’s life after the death of his older brother from cancer, after which he did not want to continue in a project that he calculated would take more than two years of his life. Instead, the director went on to direct “Blade Runner” (1982), another classic science fiction film.

After Scott’s departure, De Laurentiis approached the American director David Lynch, whose name was resonating in Hollywood after an Oscar nomination for Best Director for “The Elephant Man” (1980). Lynch, who had just turned down an offer from George Lucas to direct “Return of the Jedi” (1983), finally accepted the offer of the Italian producer despite not having read the book or being very interested in the science fiction genre. Universal Pictures was the studio that agreed to finance the project.

Lynch wrote his own script and recruited then-unknown Kyle MacLachlan for the role of Paul Atreides, while The Police frontman Sting plays the villain Feyd Rautha. The movie was filmed in Mexico at a cost of US $ 45 million.

The initial cut of the film was approaching four hours in length, so it had to be cut and edited to just over two hours to hit theaters. The result was a confusing film that failed both at the box office and critically., with the renowned Robert Ebert rating it harshly: “‘Dune’ looks like a project that was seriously out of control from the start”.

But the humiliation that Lynch did not stop there and in 1988 a version of “Dune” was released again, this time for television, this time lasting 186 minutes. The director did not approve of the project’s outcome and asked for his name to be withdrawn, so he was replaced by the name Alan Smithee, a pseudonym usually assumed by American directors who reject a film project.

The wounds caused by his involvement in “Dune” have yet to heal for Lynch, who famously said in 2020 that he had “zero interest” in seeing Denis Villeneuve’s version of “Dune” and the franchise in general.

“Because it was a great shame for me”He told the Hollywood Reporter. “It was a failure and I had no final cut. I have told this story a billion times. It is not the movie I wanted to make. I really like some parts, but it was a total failure for me.”

FROM TV TO TODAY

We would have to wait 16 years for the next adaptation of “Dune”, although this time it was for the small screen as a miniseries for the Sci Fi Channel (now Syfy) titled “Frank Herbert’s Dune”At the hands of producer Richard P. Rubinstein.

The production, which featured some important actors such as William Hurt, it was a hit for the channel and won two Emmys in the category of special effects and cinematography. The miniseries was continued three years later by “Frank Herbert’s Children of Dune,” an adaptation of the next two Dune novels that featured the work of a young man. James McAvoy in the role of Leto II.

Meanwhile, in 2008 Paramount Pictures acquired the film rights to “Dune” to make an adaptation closer to Herbert’s original vision. The first director they recruited was Peter Berg (“Friday Night Lights,” “Hancock”), although the director eventually withdrew from the project to work on “Battleship” (2012). The next chosen director is Pierre Morel (“Taken”), but the project was finally dissolved in 2011 without specifying anything.

Which brings us to 2016, when Legendary Pictures got the rights to the franchise. A year later they hire Denis Villeneuve to direct and the rest is history that we are living. 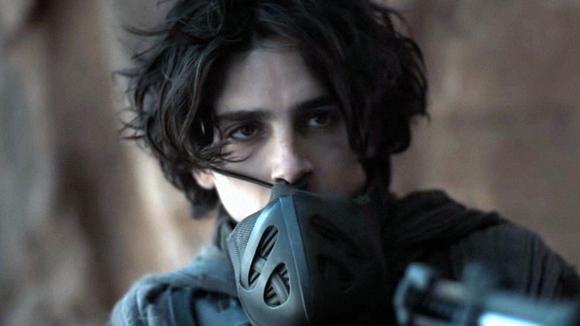 Many Thanks To The following Website For This Valuable Content.
“Dune”: From Alejandro Jodorowsky to Denis Villeneuve, the long road for the sci-fi classic to succeed in the cinema | LIGHTS