“I’ve met Harold Mabern, Vincent Herring and Bill Charlap, who always had words of encouragement and never reminded you that you hadn’t won Grammys or played with Tony Bennet. Gene Bertoncini was my guitar teacher and he pulled me in his red BMW twice a week. One day he told me he was sitting in the back because he was taking Harold Mabern to town. Harold played with Wes Montgomery for many years. I wanted to die. I fell silent listening to them talk the whole way. They couldn’t be nicer to me. And all this with the view of New York City, which got bigger as we got closer to it, ”he says.

READ ALSO: Tony Bennett retires from the stage: a musical memory whose eternity neither the Alzeheimer nor the age can defeat

This is not someone who drops names to impress or rehearses fallacies of false authority, what the gringos call ‘name dropping’. No, it is what usually happens in the great metropolis with a student from New York City College, first, and William Paterson University Jazz Studies, later. With an immigrant who has to deliver pizzas in Harlem for seven hours by bicycle and under the snow to pay for his studies, while injecting his spirit with the sea reverberations of a neighborhood that made jazz a philosophy of life. A neighborhood that exudes the scent of Duke Ellington, Ella Fitzgerald, Bessie Smith and Billie Holiday. Jaime Bryce is being trained there (Lima, 1985).

“This music school is in Harlem and it lives with a special energy. After delivering pizzas, I would go to class with my guitar. In 2016 I graduated from City College and in 2017 I was accepted to the University of Paterson, which was an exceptionally high level of faculty and students. It was a great challenge to be surrounded by so many great and often legendary musicians ”, says the young artist who saw his vocation at an early age and modeled it with maestro Jorge Madueño. “He showed me how there is no chord progression, no matter how amorphous, that cannot be blessed by a melody that unites everything and gives it meaning and unity. I have great respect and gratitude for all the knowledge you gave me”.

But before, still a schoolboy, he had taken percussion lessons with Julio ‘Chocolate’ Algendones, who would introduce him to the guitarist Andrés Prado, a student of jazz traditions and an excellent classical and Latin American guitar player. With that ‘background’ he entered the Jazz Jaus school, was part of the orchestra, played live and even recorded an album. Then he would animate parties, kermeses and other activities in vacant lots as second guitar of the band El Big Pollo Funk before embarking on that strange fusion of Latin American music with psychedelic aesthetics of sixties rock that was La Mecánica Popular, a combo with which he would even play at the New York museum in Queens.

And he stayed there, in the Big Apple, putting together and reassembling songs. Breathing his art with the coloratura of funk and the abrasive power of Rio’s percussion. He added a ritual interlude, he seasoned the melody with maracas and “Sambita” appeared, a theme that would become the first track of his debut feature “Two And Three”, which he has just released. And with that same lineup, a trio formed on the banks of the Hudson led by himself, in December of last year recorded in Brooklyn a swing infested with pianos making chord-melody and finished with tributary grooves of Eric Lewis and Nicholas Payton. He called it “My Heart Stood Still” and it’s the second groove.

April is the cruelest month, says the poem. And in the middle of the cruelty of 2020, with nine hundred dead a day in the state of New York, the Peruvian only managed to play his guitar so as not to lose his head. This is how “Little One” came out, a duet song with Gene Bertoncini that celebrates and regrets the end of a love affair. And while in “Sultry Serenade” he pays tribute to the Marsalis family and Duke Ellington, the album closes with “Superior a Drácula”, a kind of honeycomb that he composed this January in Lima to feed it with the strings of Andrés Prado. Which indeed happens and captures the melancholy of a city that arrives after nine years.

And what does it mean to release a first album? “As an idea it is scary, but once in the process you lose your fear and just focus on getting the project done as well as possible. Releasing it independently acting as a producer is a huge extra musical work that I was unaware of. But the best feeling is having taken that first step of many to come. I’m not a spectator anymore, now I’m on the court, in the ring”Says the man who has Richie Zellon and Peru Jazz as references and considers improvisation to be the highest level of cognition, rapture and inspiration. Congratulations. 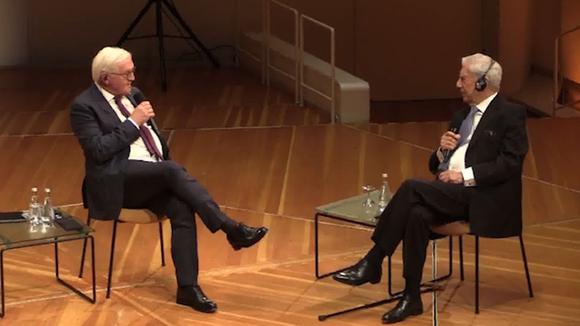 YOU CAN ALSO READ

Many Thanks To The following Website For This Valuable Content.
Jaime Bryce: the story of his debut feature “Two And Three”, created between swing and skyscrapers | LIGHTS