1897.
Born Jimmie Rodgers, in Geiger, Alabama (United States). Country pioneer. He grew up in Meridian, Mississippi. After going through various trades, in 1927 he began recording, almost at the same time as the Carter Family, initiating the era of country recordings. He is considered the first star that gave the genre. He died in 1933, of a pulmonary hemorrhage, a consequence of the tuberculosis that he suffered from childhood.

1932.
Born Patsy Cline (real name Virginia Patterson Hensley), in Gore, Virginia (United States). Traditional country singer. He began recording in 1953, and soon he moved on to the incipient rockabilly, which he abandoned for country, of which he would be one of its essential and most decisive figures. Although his career was short, he died in 1963, at only 31 years old, when the plane in which he was traveling crashed.

1939.
Born Guitar Shorty (real name David William Kearney), in Houston, Texas (United States). Guitarist and blues singer. Influenced by BB King, Guitar Slim and T-Bone Walker, at the age of 17 he was already playing live, making his record debut in 1957. But where he gained his fame as indomitable was live, due to the pirouettes and crazy things he did. on stage, transforming into a wild one-man show. And all this singing and playing with a pure feeling of blues. A whole character.

[1945
Born Ron “Pigpen” McKernan, in San Bruno, California. Multi-instrumentalist (guitar, organ, harmonica, percussion), vocalist and one of the founders of the psychedelic group of the sixties The Grateul Dead. He died in 1973 from a gastrointestinal hemorrhage caused by Crohn’s disease.

1947.
Born Benjamin Orr (real name Benjamin Orzechowski), Lakewood, Ohio (United States). Bassist and vocalist of the American new wave band The Cars. In 1986 he published his only solo album. He died of cancer in 2000.

1961.
Born Fernanda Abreu (full name Fernanda Sampaio de Lacerda Abreu), in Rio de Janeiro (Brazil). Brazilian singer-songwriter. He made his solo debut in 1990, mixing funk, soul and disco music. He is one of the main figures of Brazilian pop.

1970.
Born Neko Case, in Alexandria, Virginia (United States). Country singer and songwriter. While living in Vancouver (Canada), he made his debut in 1997 with the album “The Virginian”, but the following year he settled in the United States. She is one of the most interesting and influential singer-songwriters in new country. Among his work we highlight: “Blacklisted” (2002) and “Fox Confessor brings the flood” (2006). 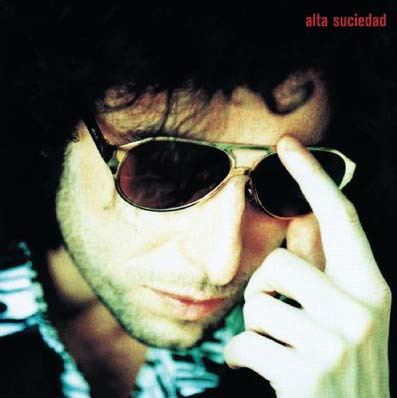 1997.
It is published in Spain «High dirt», of Andres Calamaro, his first album after the end of Los Rodríguez. Recorded in New York, produced by Joe Blaney and with session musicians from there. In it Calamaro displayed all his talent as a composer and performer, achieving an unavoidable masterpiece for any rock fan.

2009.
Jamaican reggae producer dies Wycliffe Johnson, better known as Steely, in East Patchogue, New York, as a result of a heart attack, after suffering from pneumonia. He was 47 years old. In the early 1980s, Johnson formed the duo Steely & Clevie, along with Cleveland Browne. As producers and musicians, Steely & Clevie renewed reggae by developing new sounds and recording techniques.

2009.
The soundtrack of “The death of Bunny Munro” is published, the second incursion of Nick Cave in the narrative. I mean, this is the soundtrack to a novel.

2016.
Jamaican musician and producer dies Prince Buster, in Miami, at the age of 78. Real name Cecil Bustamente Campbell, Prince Buster pioneered rocksteady, an evolution of ska that would lead to reggae. He made his producing debut in 1960 with The Folkes Brothers’ ‘Oh Carolina’. The following year he released the single ‘Little Honey’ as Buster’s Group. His first album, “I Feel the Spirit”, came in 1963. In 1967, his song ‘Al Capone’ entered the UK sales charts. Buster produced hundreds of albums throughout his career, in addition to recording his own music. In the late seventies, the B-side of ‘Al Capone’, ‘One Step Beyond’, would become a major international hit on the British version of Madness. Who took their name from the title of another of Buster’s songs.

2017.
The Dream Syndicate They publish “How Did I Find Myself Here?”, their first album after returning to the skies in 2012.

2017.
Country musician dies Don Williams, at 78, after a brief illness. After exercising various trades, in 1964 he formed the Pozo-Seco Singers trio, with which he published three albums. Established in Nashville, he worked as a composer for the Jack Clment publishing house, who through his record company JMI Records would publish his first solo albums. In 1973 Williams entered the sales charts with the song ‘The Shelter Of Your Eyes’, which would be followed by other hits such as ‘We Should Be Together’, ‘I Wouldn’t Want To Live If You Didn’t Love Me’ , ‘Say It Again’ or ‘Some Broken Hearts Never Mend’. Although with the arrival of the nineties his songs disappeared from the charts, Williams continued to be active, until in 2006 he announced his retirement from the stage. In 2012 he recorded the album “And So It Goes” and two years later “Reflection”.

2017.
The Waterboys regresan con el álbum “Out Of All This Blue”.

2019.
The singer dies Camilo Sesto, at 72 years of age due to kidney failure. Camilo Sesto (real name Camilo Blanes), singer, composer and producer, was born in the Alicante town of Alcoy on September 16, 1946. Very young, he began his career with the group Los Dayson, before settling in Madrid in 1965 In 1966 he joined Los Botines, with whom he participated in the film El flautista de Hamelin, starring Miguel Ríos, and Los Niños del PREU (directed by Pedro Lazaga), where his participation will be greater. In 1970, Camilo began his solo career, recording his first LP in 1971. In the early years he was under the artistic tutelage of Juan Pardo, who at that time was a producer for other artists. Throughout his career, Camilo Sesto sold more than one hundred million records, achieving his first number one in 1971 with Algo de me, his first album. Another of his biggest hits was the song “Living like this is dying of love.” In 1975 he starred in the musical Jesus Christ Superstar with Ángela Carrasco and Teddy Bautista. Become one of the greats of pop and melodic song, he had a huge impact in Latin America. In addition to being a singer, he was a composer and producer. Last year he released his latest album, Camilo sinfónico, in which he dressed some of his old recordings with symphonic arrangements.