«An excessive double album in almost everything, the most controversial, incontinent and irregular of his career»

The just published Latest record Project volume 1 passes by the record player of Doctor Soul, who tastes some of the new Van Morrison pieces although he finds the album excessive and irregular. This is Luis Lapuente’s analysis.

«A sullen spirit and jealous of his privacy, Van Morrison used to speak only with his songs, the only public keys to a passionate artistic life and a (probably) tormented personal life. Much has happened in his biography from the first snapshots of that angry and illusory young man who began performing rhythm and blues in the Northern Irish band Them four decades ago to the troubled image of the current Uncle Vinagre, a conceited and circumspect character who does not even look at the audience at their concerts. From white soul to Gaelic mysticism to jazz, blues, country and just about any affluent of pop, Van Morrison has been picking at all genres with proverbial fortune until he builds an image of an indefatigable pieceworker, the genuine chameleon artist with a black soul ».

Fifteen years ago I signed these lines about the Flying Irishman on the paper pages of Efe Eme, on the subject of his cowboy album, the remarkable Pay the devil. Now the Belfast cowboy has finally paid his debts to the devil in a double album excessive in almost everything, the most controversial, incontinent and irregular of his career, an album capable of offering its best credentials in songs devoted to the old rhythm and blues that rides on the back of a sinuous Hammond and warm and whispering brass, those songs that have fed the skeleton of his great albums for years: “Blue funk” , “Only a song”, “My time after a while”, “Tried to do the right thing”. But also an unpleasant and difficult to digest album, which wrinkles at times the more deliberately the artist recreates his musical and ideological clichés, in those incendiary diatribes that he has liked so much to air before, during and after the hardest moments of the pandemic.

Of course, an artist has every right to capture and champion his ideas in his work, the most luminous and also the most irresponsible, disgusting or miserable, there is the glorious legacy of writers like Louis-Ferdinand Céline and Ezra Pound or of filmmakers like DW Griffith or Leni Riefenstahl. To the author of timeless gems like Astral weeks, Into the music and Moondance, to the delicious jobs like Veedon fleece, Days like this and Keep me singing, we forgive him for insisting on rubbing his more or less denial, anti-Semitic or xenophobic proclamations in our faces as long as he does not lower the bar of his inspiration or strives to purify his trash works (“set or mixture of useless and despicable things”, according to the RAE). Unfortunately, for those of us who love the musician who titled his previous album Three chords and the truth, here is the improper trash from such an excellent artist from the first three chords of the first song, the insufferable “Latest record project”, even those ridiculous choruses from the penultimate, “Why are you on Facebook?” or the background and the shape of grotesque pieces like “Stop bitching, do something” or “They own the media”. 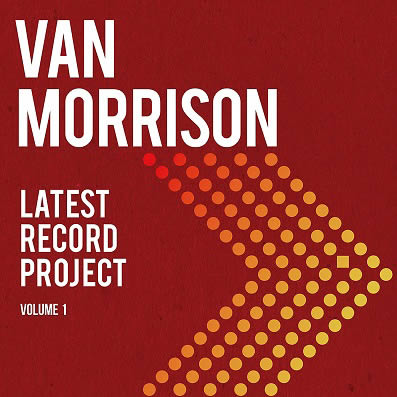 In 1995, Hugh Grant played the leading cartographer of a charming minor film called The Englishman who went up a hill but came down from a mountain, in which the value of illusions and simple, innocent, kind projects was extolled (“worthy of being loved”, according to the RAE). I’m afraid Van Morrison has just delivered an unpleasant, vain and pretentious album, which would have lightened up airs with fewer songs, less self-indulgent slogans and less bad temper. We do not expect great masterpieces from him at this pointBut the grumpy Irishman has climbed so many mountains before that it’s terribly hard to excuse him not even bothering to climb a modest hill now.

Many Thanks To The following Website For This Valuable Content.
the Irishman who climbed a mountain and came down a hill