Fun, sport and friends, an infallible combination that they have launched Chris Hemsworth and Elsa Pataky to welcome the weekend. The marriage has temporarily left Byron Bay, the city in which they have fixed their residence, to settle in the largest and most populated city in Australia, Sydney, where they are both shooting different films. Precisely there they enjoyed a night of emotions witnessing first-person one of the most anticipated rugby matches in the country: the derby between the Sydney Roosters and the South Sydney Rabbitohs, which were winners by 26 to 16. The pair of actors celebrated with effusiveness from time to time from the stands of the Stadium Australia (it served as the setting for the opening and closing ceremonies of the 2000 Olympic Games), where shared laughter and confidences with colleagues such as Russell Crowe, Jeff Goldblum and his family, Natalie Portman and her husband, Benjamin Millepied, Tessa Thompson, Taika Waititi or Sabrina Dhowre Elba, among others. 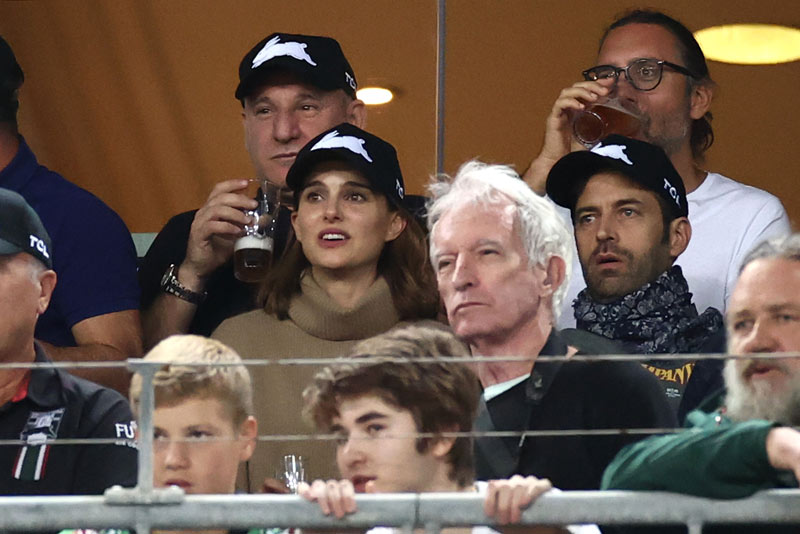 At the end of the match, both Chris, who was wearing the team cap, and Taika came to the locker room to congratulate the winners. After a relaxed chat, they did not hesitate to pose with the athletes, who boasted with a great sense of humor not only that they had signed Thor but also the director of the popular movie. “Thor, Taika and the boys!” they said while effusively celebrating having won their rivals. Before leaving the field, one of the players, Cookie, had a nice touch when he approached the stands to give his jersey to Noela, the wife of Michael Cini, who was a staunch fan of the Rabbitohs and always attended the stadium. In addition, the entire club dedicated the victory to him. 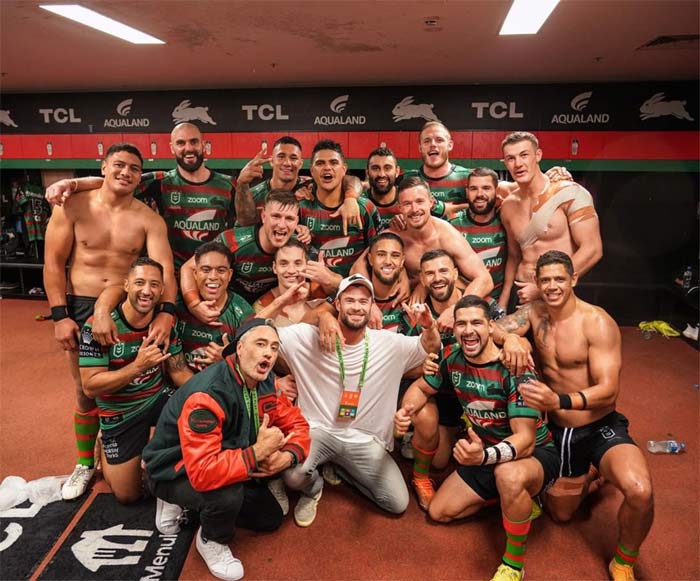 -Learn aerobics with Elsa Pataky and Chris Hemsworth! The funniest photos of your eighties party

The plan for two of Elsa and Chris in Sydney was extended and both toured some places in the city such as its rivers in the company of Russell Crowe, who acted as the perfect host. It should be remembered that the protagonist of Gladiator (film for which he won an Oscar) is a co-owner of the Rabbitohs and that is why he wanted to invite some of his Hollywood colleagues to experience the Australian rugby league competition up close. An experience with which it seems that the marriage has been enchanted, and not only because the photos show it, but because Hemsworth has commented that last night was “a great game” and thanked his friend “for the hospitality”. who curiously was his role model when he arrived at the mecca of cinema as he told in GQ some time ago. 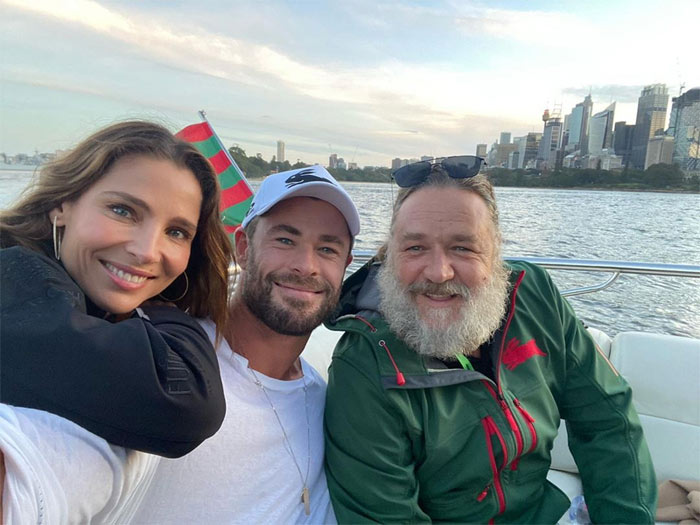 Although they will stay in Sydney for the duration of the filming of the films in which they are immersed, the weekends usually take the opportunity to return to Byron Bay so that their three children, India, Tristan and Sasha are reunited with their friends and enjoy their usual environment, in which they grow up in full contact with nature just as their parents wanted, who recently celebrated their tenth wedding anniversary. This is how Elsa herself told us just a few days ago in HELLO !, where she explained that, Just as her husband follows an iron training to get into the skin of Thor in the new installment of this Norse god, she has also had to train hard because in her next role she plays “a woman with a lot of strength, both physically and mentally. ”Cwith which she is very excited. In this way, both have been able to prepare together, a process in which they have shared a lot of advice.

Click to see ‘Elsa Pataky: a Madrilenian in Hollywood’s Olympus’, her monographic chapter of the Stars series. You can see more in the new video platform HELLO! PLAY, where you will find cooking programs, fashion, decoration and biographical documentaries of ‘royals’ and ‘celebrities’. Do not miss it!