Many went through the same process when they saw the commented trailer of House of Gucci early summer. There was Lady Gaga, making her now famous sign of the cross (Gif meat), and there was also Adam Driver, with his industrial look from the North of Italy in the eighties. The film’s stars parade through the trailer: Jeremy Irons, Al Pacino, Salma Hayek. And Jared Leto? Wasn’t Jared Leto featured in this movie? Only after several viewings or via tip-off did he realize that the older bald man with a belly who says, with an Italian accent as a joke, “you picked a real firecrackerrr“Is the Joker of The Justice League, Jordan Catalano himself, the man with the Jesus Christ hair who has been said so many times that it is impossible for him to be his age, 49.

Leto is making use of one of the oldest tricks in the history of cinema in Ridley Scott’s film, to ugly a very famous performer, whom viewers know well with another face and another body, to accentuate the value of his interpretation. What courage of this person, they want us to think, that he is renouncing his canonical beauty for two hours in pursuit of interpretation and stands there in the foreground exhibiting his temporary defects. What art, what profession.

In the case of size, there are two ways to get there, of course. The first is to gain weight with a specific diet, a la Robert de Niro in Wild bull, Renee Zellwegger for the Bridget Jones saga, Ewan McGregor for Fargo or George Clooney in Syriana. The second is to pull the prosthetic suit or fat suit, a filling that adds belly, ass, hips and whatever it takes. Leto is far from alone. Sarah Paulson gained 13 kilos but also used fat suit to play Linda Tripp, the woman who made the Monica Lewinsky tapes and triggered the whole case in American Crime Story: Impeachment, which has just been released in the United States. Jessica Chastain also used prosthetic elements to become Tammy Faye Baker, a Christian televangelist who perpetrated a fraud in the eighties and reached out to AIDS patients despite the mandate of her Church. The movie, Tammy Faye’s eyes, it will be seen this fall.

Jessica Chastain in ‘The Eyes of Tammy Faye’.

Fillers to appear fatter have always been used and had an especially fertile time in the nineties and two thousand – “Fat Monica” in the past episodes of Friends, Gwyneth Paltrow in Blind love, Eddie Murphy in any movie – but only now are you beginning to question yourself as a fat phobic element. In fact, Sarah Paulson had to step out and apologize for wearing prosthetics in Impeachment. In an interview with Los Angeles TimesThe actress said, “It’s hard for me not to talk about this without looking like I’m making an excuse. There is a lot of controversy around actors with fat suits and I think it’s legit. Fat phobia is real and pretending that it isn’t just causes more pain. What I regret the most is not having thought about this more thoroughly, and it is important for me to think about it and reflect on it ”. Paulson was asked about the criticism that arose when the first image of him characterized as Linda Tripp was seen, why didn’t they give that juicy role to an actress who already had the right weight? “I want to think that there is something about me that makes me suitable for the role, and that the magic of the hairdressing and makeup and costume and photography department has been part of how cinema is made since it was invented. Should I have said no? That is the question”.

The debate to which he alludes is a new version of the one that has been regenerating in recent years in the cinema: should an interpreter who is not gay, or trans, or neuro-atypical, or of the appropriate skin color, or with some disability accept a role that falls into one of those categories, also knowing that any actor or actress with these characteristics is going to have a harder time finding a place in the industry? Perhaps the difference is that the weight is something more fluctuating in principle, or is it?

“Thin people believe that fat people are simply flawed or sick versions of themselves,” says Virgie Tovar, anti-fat phobia activist and author of the book. You have the right to stay fat (Melusina / Txalaparta). “He fat suit it symbolizes a discriminating fascination with fat bodies and with the myth that fat people are not real, that they are secretly lazy or sick thin people. Fat people are not thin people, in the same way that blonde people are not brown people with a color deficiency. Prosthetics are offensive and promote the problematic idea that being fat is temporary, which is not the case for most people who move in larger bodies. Tovar is clear that these roles should be for fat actors, but also that the film industry has yet to stop telling stories that are based on gordofobia. “And personally – he adds – I have never seen a fat suit on screen that is not promoting a discriminating point of view.” I only see them used to laugh at fat people, to portray fat people as strangers and with whom you cannot empathize and to signal a success of the character if he manages to lose weight or a failure if the opposite happens ”.

Tovar talks about his book talks about how prosthetics facilitate audience identification without the “horror” of having to empathize with a fat person. “Viewers know that underneath the filler there is a skinny person that they can support without violating the cultural rules that dictate hatred of fat people,” he says. The same occurs within fiction when the fat suit as a “before” tool. To the viewer of Friends It reassures him to know that the fat Monica as a teenager later became a very slim twenty-something and, already in the last few seasons, when Courteney Cox and Jennifer Aniston experienced a very striking weight loss, into a worryingly thin thirty-something. The fat of the adolescent Monica serves to explain why she is so neurotic as an adult, in the logic of the series, because obesity is almost always associated in the scripts with trauma or imbalance.

For the comedian Penny Jay, who often speaks of gordofobia in her work, the problem is not so much in the thin interpreters who accept these roles but in the dynamics that lead to this happening. “Is that, how are they going to find an actor with that level of fame who is fat?” “If it is not allowed. Yes, even Jack Black, Jonah Hill and Adele have lost weight ”. And he points out: “In Giving the note, the character of Rebel Wilson, who has also lost weight, by the way, is called Fat Amy, lest you not find out that she is fat. Amy Schumer has told how they even made her lose weight to make her own movie. I myself am overweight and I often think that if I continue to grow, the time will come when I will have to lose weight, to access according to which sites ”. The comedian claims that if roles begin to be written for performers of all sizes, they go beyond “doing fat things, like crying and eating donuts.”

An added problem in the use of prosthetic fillings is that what is perceived as ugliness and transfiguration becomes part of the mythology of the casting. When an actor or actress of normative stature accepts the challenge of appearing fat on the screen, that implicitly becomes one of the lines of promotion for the film or series. “The first time I saw myself fat on screen, I stopped filming and went screaming into another room,” said January Jones when the writers of Mad Men They decided to hide their pregnancy in real life by inventing a script line in which Betty Draper suffered from a thyroid problem and gained a lot of weight, which plunged her into depression. Then there was much speculation in the press that Matthew Weiner, the creator of the series, and the writers detested Jones and that they had not come up with a worse punishment for her than to make her appear fat. Gwyneth Paltrow said in 2006, when she was promoting the movie Blind love that for the first time she had understood what it means not to be beautiful, that she walked through the corridors and felt invisible. Chris Hemsworth explained that he had never had so many hugs as when he wore a prosthetic for a scene in which he plays an obese Thor in Avengers: endgame. “I felt like Santa Claus.” “The audience knows that Hemsworth is a hyper-muscular guy, but look how fat he is here! All comedy is based on that difference between the normative body and the prosthetic body ”, said Barbara Plotz, the author of the book. Fat on Film: Gender, Race and Body Size in Contemporary Hollywood Cinema in this Jezebel article. In the book, Plotz analyzes more than 50 contemporary films, from Transformers until Giving the note to look at what readings are made of fat on the screen, from the narrative of the “obesity pandemic” to the idea of ​​the fat man as outsider.

The performer who loses weight for a role doesn’t get the same attention as the one who gets fat, says Penny Jay. “When they lose weight or when they beat themselves up to be superheroes it looks like something victorious. On the other hand, when they get fat, they are told: well, what a vacation, it will have been the best three months of your life ”. Leto, who did not gain one gram to play Paolo Gucci, did lose 18 kilos for the role of Rayon, a trans woman who is drug addicted and suffering from AIDS. The role, it is known, earned her an Oscar, but also some incipient criticism for grabbing a role that could have been for a trans actress. In the case of Jared Leto playing Paolo Gucci there is the paradox that Gucci was bald but not particularly fat, so that Leto and Ridley Scott could have saved the fat suit of the controversy. 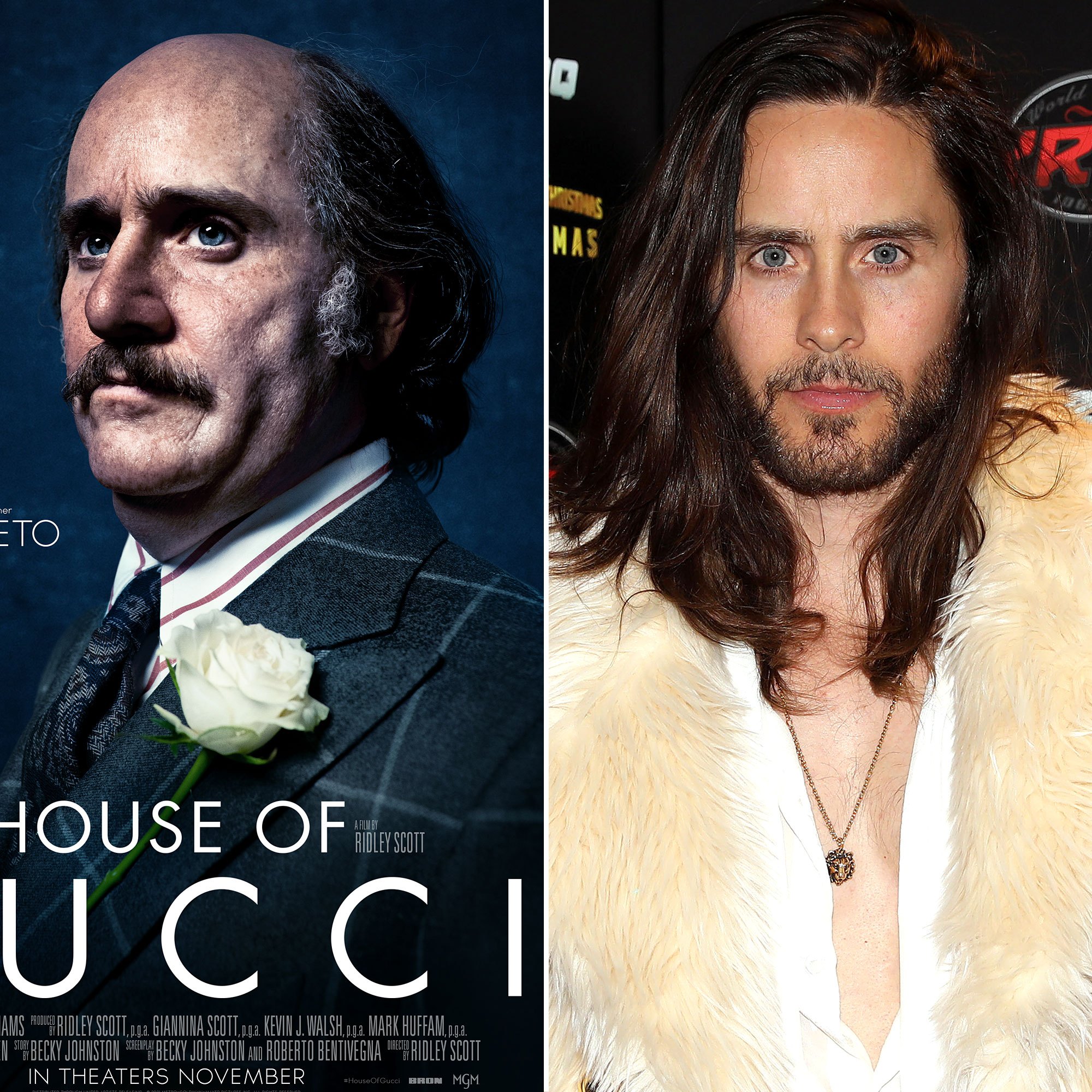 Many Thanks To The following Website For This Valuable Content.
The ‘fattening suits’ dilemma in the movies: Jared Leto and Sarah Paulson fuel the debate