If we look back, it is hard to imagine a past without marching bands: Queen, The Beatles, The Rolling Stones, The Beach Boys, The Ronettes, Nirvana … The Olympus of music is made up of quartets, quintets and sextets of men and women. A generation ago, young people met to play together in garages and basementsFrom there came great music groups whose songs triumphed and reached our days.

In their teens, the Liverpool quartet, The Beatles, met after school to share the new chords they had learned. They taught each other and shared vinyls of their favorite artists. While some played soccer, others were dedicated to this. Suffice it to say, George Harrison was met on the school bus and days later joined the group after impressing John Lennon with a badly cracked version of Raunchy. I was not even 16 years old. When the band announced their separation on April 10, 1970, the international press flooded newspapers and television specials with headlines. It was a worldwide event.

A few days ago, the leader of the Maroon 5 band, Adam Levine, stated in an interview: “I feel like there are no more bands … I feel like they are a dying breed.” While Levine was actually referring to groups that are in the limelight of pop — because bands as such continue to exist and grow — yes there is a certain tendency from decades ago to the disappearance of the groups as we knew them. The reason? There are many reasons: from technology, culture, and above all, a generational change in thinking.

While in the days of our parents teenagers dreamed of forming a rock n ‘roll band and practicing guitar poses in front of the mirror like Elvis, now young people lock themselves in their rooms experimenting with the computer. Nobody says it’s wrong. Billie Eilish’s star album was born in her bedroom, with her brother doing the mixes. Some say that much of the history of pop is explained through groups, from the Beatles and the Stones to The Cure, Nirvana or Coldplay, but today the balance leans towards solo groups. You just have to take a look at the winners of the 2021 Grammy Awards: Taylor Swift, Beyoncé, Billie Eilish, Harry Styles, Dua Lipa, Fiona Apple … In the last month, the 10 best-selling albums in Spain correspond to soloists, with an innovative C. Tangana at the helm.

And on the other side, the bands resist the onslaught of time. To give you an idea: right now, There are only nine groups in the UK Top 100 Singles, and only one in the Top 40. Two are The Killers and Fleetwood Mac, with songs from 17 and 44 years ago respectively, while the others are the last standing British pop group, Little Mix; two bands of four indie musicians (Glass Animals, Kings of Leon), two dance groups (Rudimental, Clean Bandit) and two rap units (D-Block Europe, Bad Boy Chiller Crew). In the 50 most-played songs on Spotify globally right now, there are only three groups (BTS, The Neighborhood, and the rap collective Internet Money), and only six of the 42 artists on the latest Radio 1 playlist are. bands: Wolf Alice, Haim, Royal Blood, Architects, London Grammar and Snuts.

When did we get to this point? Hard to guess. In the 1990s and 2000s, bands continued to form all over the world. Many of them monopolized the lists and awards. The style of music did not matter: in the 90s the Spice Girls and the Backstreet Boys were doing their thing and winning the affection of hordes of fans. But so did Oasis across the pond. During the early 2000s there was a revival of punk rock with bands that sound familiar to many of us: Arctic Monkeys, Simple Plan, Blink 182, The Strokes … Green Day’s concert in Milton Keynes during the tour of his already legendary American Idiot in 2005 it shows that that gang war was still alive then.

But at the end of the decade, a change of landscape was already visible from afar. Programs like Factor X had become the incubator for new artists. From there bands like One Direction or Girls Aloud came out, but not many more. Groups like the Jonas Brothers (who even performed at the White House in homage to an aging Paul McCartney) had become a television version of pop, far from being the direct descendants of that golden age of rock. And the center of gravity of popular music had undoubtedly moved into solo artists, electronic composition and reggaeton.

Music in the age of social media

“The moment we started the band was the best thing that ever happened to us,” sings Matty Healy on the recent single. Guys of the group The 1975. The whole song is an ode to music groups, to camaraderie, solidarity and the feeling of friendship and joint creativity that comes from belonging to a team. A feeling that is less and less seen on stage. Radio and streaming are dominated by pop, rap and dance musicBut the festival schedule doesn’t point to a golden age for bands either. Of those that have emerged in the last decade, only half a dozen have headlined Coachella or major festivals. Some of them are The 1975, alt-J, Bastille or Tame Impala.

There are many explanations for the fact that there are fewer professional groups. One of them is that Big labels avoid bands because soloists are cheaper and easy to handle. And this is also a problem for artists. Ben Mortimer, co-chairman of Polydor Records, said in a Guardian report a lapidary phrase: “If you are young and inspired to become a musician, you face a choice. If you follow the band’s route, you need to find companions with like-minded vision, expensive instruments and equipment, and hit the road to hone your craft. On the other hand, you can download Ableton – a production software -, close your bedroom door and start creating right away. Culture is shaped by technology. “

Before, the personality of the groups was praised by channels such as MTV and a music press that burned like the famous magazine The Rolling Stone, which partly helped the groups to take off. These institutions have declined in recent years, leaving gangs to make their way where they are left: social media. However, these digital spaces are designed for individual self-expression. Platforms such as TikTok, Instagram and Twitter, and even the vertical orientation of the screen of any mobile, give an advantage to individual voices and faces, to the detriment of groups. You only need to see the stories of those networks. 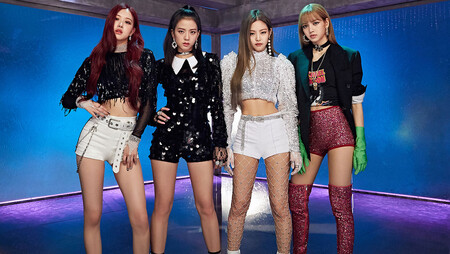 In Asia, however, there is a completely different story: groups of idols are booming. Carefully trained and designed for maximum appeal, they have been at the forefront of Japanese and Korean pop for decades. The K-Pop bands BTS or Blackpink are two of the largest pop groups in the world and have broken records both there and in the West. It is a system that has more to offer fans than a solo artist because of its dynamism. Each fan has their favorite from the group and for companies it is like exploiting five solo artists but together and in a more targeted way.

Many of us long for those wonderful years when bands flooded the stages with their guitars, basses, and drums. But society has evolved. In the same way that we no longer queue to buy the latest Pearl Jam album, but we have everything within reach of a click on Spotify. Music can be just as good if it is produced in a makeshift studio in your bedroom while the heart and quality of the artist is in the beats. Bob Dylan’s lyrics were probably written on a bed too. And if the means don’t matter, Neither does our life go away because everything that four did can be done by one. We will always have the memories of those fantastic live shows from groups like Radiohead. And a track of people hallucinating by the shocking sound of the guitars.

Subscribe to receive every day the latest news and the most important news to understand and enjoy the world.

Many Thanks To The following Website For This Valuable Content.
why the economy and society today prefer soloists