The Bonhams auction house had a Hollywood-flavored lot prepared for its auction framed in Monterey Car Week 2021: until four personal vehicles of the actor Tom Hanks, you have chosen to lighten your garage.

Among them were a Toyota Land Cruiser FJ40 custom, as well as a Tesla Model S P85D and a Ford F450 Super Duty Lariat. These three cars were joined by a caravana Airstream Model 34 Limited, from 1992, which has accompanied the Californian actor for almost 30 years in the filming of almost 20 films such as ‘Forrest Gump’, ‘Philadelphia’, ‘The Green Mile’ or ‘Apollo 13’.

And as expected, all have found a buyer with the blow of a sledgehammer on August 13. The amount between all amounts to 433.074 euros: each has moved in the estimated price range and even lower. 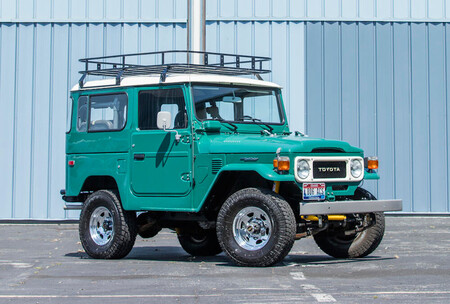 The crown jewels of this personal collection have been the Land Cruiser FJ40 and the Airstream Model 34 Limited. It was expected, because beyond the incentive that it supposes that they belonged to Tom Hanks, both are personalized, becoming unique pieces.

Starting with the FJ40, dating from 1980, it has auctioned for 104,699 euros. Its estimated price was 110,000 euros, because beyond being one of the most coveted classic SUVs today, it has modifications to suit the actor. 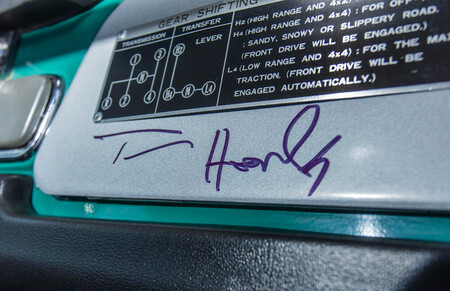 Among them we find a General Motors 4.3-liter 180-hp V6 engine, replacing the 4.2-liter Toyota 137 hp, a five-speed manual also from GM, in addition to more modern suspensions that raise it even higher off the ground or more powerful brakes.

These benefits are accompanied by differential chrome rims, porsche seats (although the originals have also been included in the lot), air conditioning system, a Sony radio cassette with larger speakers or a generous roof rack.

Hanks toured his controls 84,580 kilometers, including dirt tracks for which he is somewhat punished, but it has not been an impediment for this figure to be paid for him. 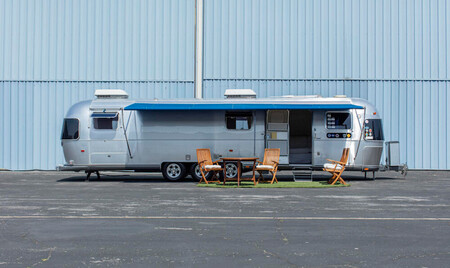 For its part, caravana Airstream that has served as the home of the Oscar-winning actor in not a few shootings, it is not only equipped with everything you need to live wherever the recording of a film requires (it equips the exclusive Excella 1000 package), it is also full of curiosities and memories of the films starring Hanks.

For example, on its exterior windows it is decorated with clapperboard stickers with the 19 films in which it has been present, as well as NASA or FedEx (from the filming of ‘Apollo 13’ and ‘Naufrago’ respectively). 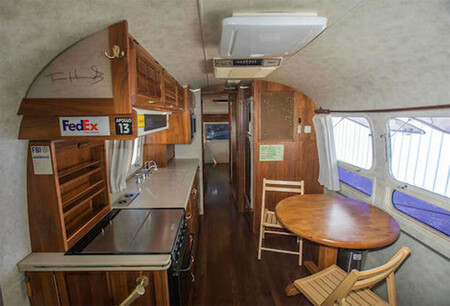 Too It is signed by the Concord in several elements, such as the side of the kitchen furniture or the air conditioning outlet or it has a dressing room mirror. The figure it has reached has been 199.881 euros: Bonhams estimated a figure between 130,000 and 210,000 euros. 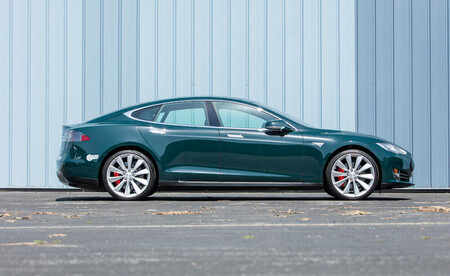 The first, beyond the benefits of what was at the time the sportiest side of the electric saloon (two propellants, 700 hp or 85 kWh battery), is distinguished by dressing its body in a single color: the verde oscuro British Racing Green, which is not included in the Tesla palette. Hanks commissioned it in this shade because it is his favorite color. 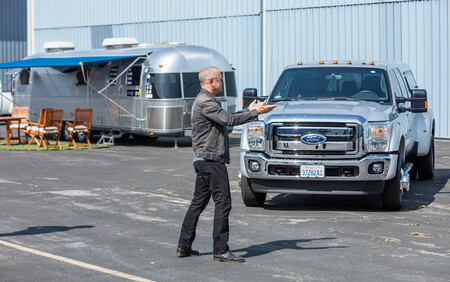 As for the gigantic Ford F450 Super Duty Lariat, which it acquired in 2010 to tow the Airstream precisely years after having it (hence its scarce 6,748 km), it is not customized but it is fully equipped and accompanied by a Diesel V8 from 6.7 liters and 400 CV delivery.

The estimated price of these two cars was 85,000 euros and both have remained in 57,108 and 71,386 euros respectively. It should be noted that, like the caravan, all three cars are signed by Hanks. What will you fill a huge hole in your garage with? 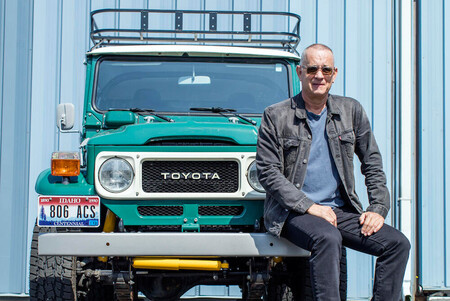 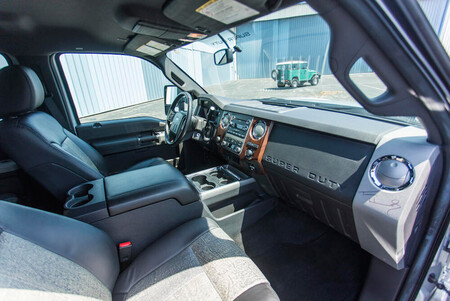 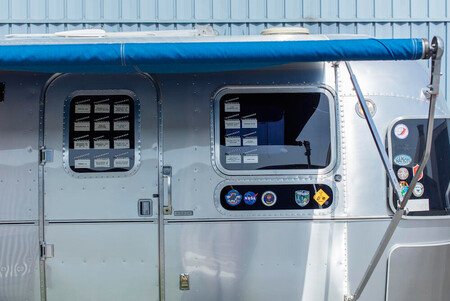 In Motorpasión | 17 symptoms with which you can clearly see that you are facing a bad car movie | A review of Batman’s car: from Bruce Wayne’s normal sedan to the anabolic muscle car of ‘the Batman’

Many Thanks To The following Website For This Valuable Content.
Tom Hanks clears the garage for 433,000 euros and says goodbye to three of his cars and his mythical caravan