“I never talked much about how I fell in love with John. And I certainly didn’t tell him how I felt. It was not a convenient time for me to fall in love with him, and it was not a convenient time for him to fall in love with me. One morning, around four o’clock, I drove my car almost as fast as I could. I thought, ‘Why am I on the road at this time of night?’ I felt miserable and it was clear to me: I am falling in love with someone with whom I have no right to fall in love. He was afraid of his way of life. So I thought, ‘I can’t fall in love with this man, but he’s like a ring of fire.’ These words, pronounced in 2000 by the singer June Carter in Rolling Stone magazine, refer to how she composed the famous Ring of Fire, the song that in 1963 popularized who five years later would become her third husband, Johnny Cash. That song, originally recorded by his sister Anita Carter, was about a forbidden love predestined to happen.

July 7, 1956. June, who was then accompanying her first husband Carl Smith on guitar, ran into Cash backstage at the Grand Ole Opry in Nashville. She knew exactly who Johnny was because weeks before, while on tour with Elvis Presley himself, he had listened to his first hits several times on a jukebox. Cry! Cry! Cry! and I Walk the Line. He, likewise, was also knowledgeable about June’s trajectory because from a very young age he grew up with the music of his influential family, The Carter Family. “I can’t remember anything else we talked about except his eyes. Those black eyes that shone like marbles ”, June wrote in the box set notes Love, God, Murder. What he forgot to tell is that in that first meeting the artist already asked him to marry him. Although it was obvious that they were attracted to each other, for all practical purposes theirs was impossible because they were both married. It is true that June in that same 1956 would end up divorcing Smith, but the following year she did not hesitate to step on the altar for the second time with the American football player Edwin “Rip” Nix.

Johnny Cash and June Carter were married when they fell in love. Photo: Getty

Cash, for his part, had been married to Vivian Liberto since 1954, a young woman who did not welcome her husband’s rise in the media and, consequently, who spent long periods away from home neglecting their four daughters: Rosanne, Kathy, Cindy and Tara. Those days were undoubtedly Johnny’s wildest. From the mid-fifties to well into the sixties his addiction to amphetamines and barbiturates was uncontrollable. In 1965, he was even arrested in El Paso after trying without success to enter the United States 669 ephedrine tablets and 475 anxiolytics that he had bought in Mexico. “It was a bag of bones. He looked like death walking and he knew it. There was a violent side to that person ”, he is heard confessing to himself about the spiral of self-destruction into which he fell in the documentary The Gift: The Journey of Johnny Cash, released last year on YouTube Premium.

Vivian not only suffered in silence from the excesses of the man she loved, but also mistrusted his loyalty. Reasons were not lacking. Especially after June joined his band in 1962, the starting point in which they began a secret affair behind the backs of their partners as Julie Chadwick states in the book The Man Who Carried Cash, centered on the figure of the only person with knowledge of the facts, his manager Saul Holiff. “He should have been relentless to save the marriage. As implacable as June was to destroy it ”, Vivian herself would write in her memoirs I Walked The Line: My Life With Johnny. EIn 1966 she filed for divorce and June filed for Edwin. With the signed paperwork, of course, they finally freed themselves from their respective partners to face a future together. However, not everything was as rosy as Joaquin Phoenix and Reese Witherspoon made us see in the biopic On The Tightrope.

The film told us how June fought with all her might to get Cash away from drugs and, precisely, ended with a recreation of that February 22, 1968 in which the star, before 7,000 spectators, took advantage of a concert in Canada to ask her to marry him. They finally got married a few days later, on March 1. However, their union was anything but idyllic. Or, at least, that is what is gleaned from various testimonials. For example, there is that of the journalist Robert Hilburn, who investigating in the face of his book Johnny Cash: The Life discovered a most murky episode: “I thought I knew Johnny Cash, but I didn’t know that things had gotten so dark. June was pregnant with John’s son, John Carter. They had married in ’68, this happened in ’69 and the child was born in ’70. June, while pregnant, learns that John had or had had an affair with his sister Anita. During that time John would have relationships with other women, and one of them was Anita ”. 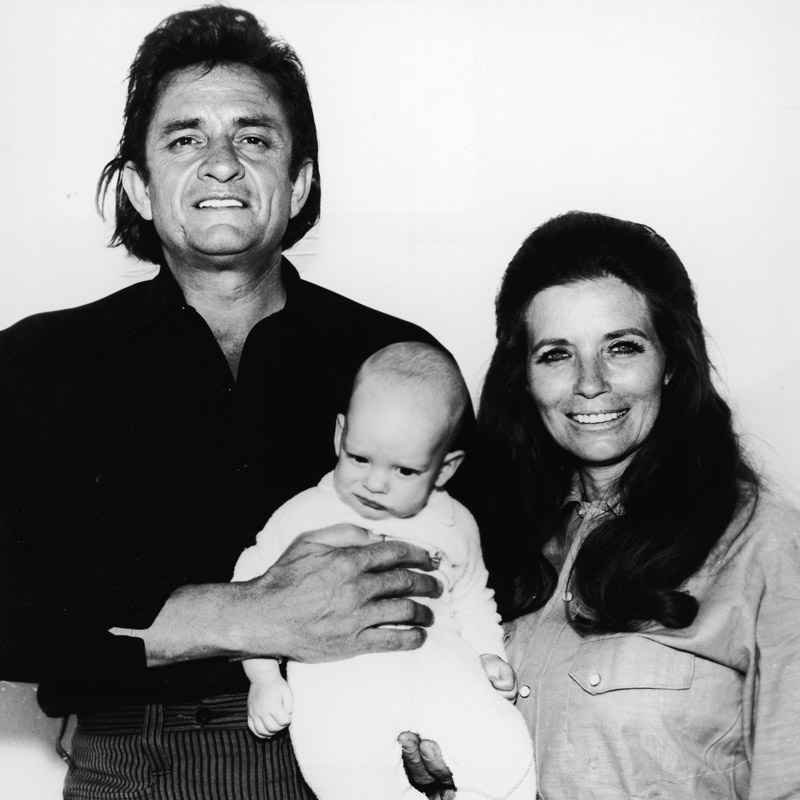 The couple with their son Jhon. Photo: Getty

Nor should we ignore the dirty laundry that their first son in common, the aforementioned John Carter, confessed in Anchored in Love: An Intimate Portrait of June Carter Cash. Throughout those pages, he explained that, although the story of his parents seemed like a fairy tale to the gallery, “the reality is that the suffering continued and worsened, if anything, over the years.” To give you an idea: after several health problems, Cash again fell into the abuse of anxiolytics and entered the Betty Ford Center on several occasions; Money was scarce in the family because it was wasted in a big way and, in the eighties, the decade in which his father’s recording career hit rock bottom, they had no choice but to sell a large part of their jewelry in order to pay for domestic service. In any case, what is most surprising is the unpublished portrait that he traces of his mother June, of whom he affirms that she was a compulsive shopper, that she also had a severe problem with pills and, in addition, that on many occasions she became paranoid because she was afraid that her husband was unfaithful to her again. 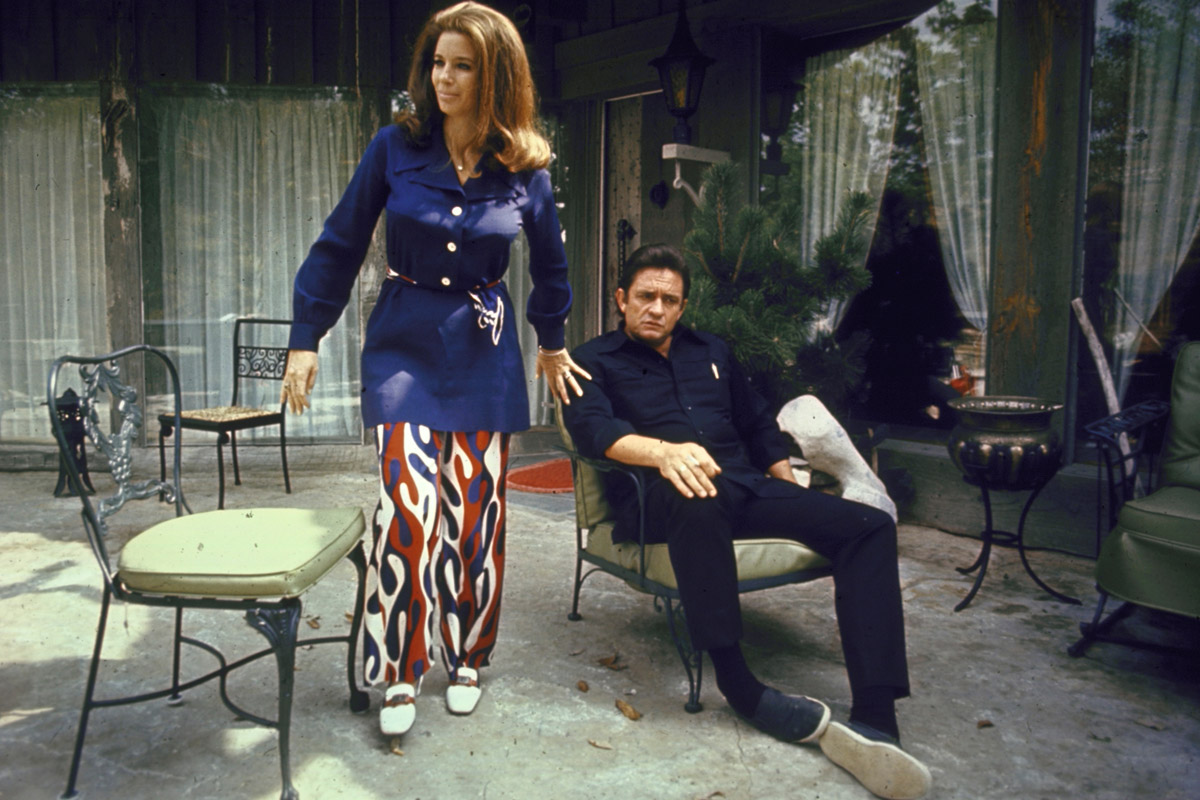 Even with those, June and Johnny remained together until 2003, the year they both died just four months apart. Their long-standing relationship, although one might think otherwise, never faded. Proof of this is in the letter that Cash wrote to his wife in 1994 on the occasion of their 65th anniversary: ​​“Happy birthday, Princess. We get old and get used to each other. We think alike. We read our minds. We know what the other wants without asking. Sometimes we get a little irritated. Maybe sometimes it is taken for granted. But every now and then, like today, I meditate on that and realize how lucky I am to share my life with the greatest woman I have ever known. You still fascinate and inspire me. You influence me to be better. You are the object of my desire, the # 1 earthly reason for my existence. I love you a lot. Happy Birthday Princess”. As Cash himself added in Rolling Stone three years before he passed away: “Here is unconditional love. You hear that phrase a lot, but it’s real with me and her. She loves me despite everything, despite myself. She has saved my life more than once. She has always been there with her love, and certainly, she has made me forget the pain for a long time, many times. When it gets dark, and everyone goes home and the lights are out, it’s just me and her. 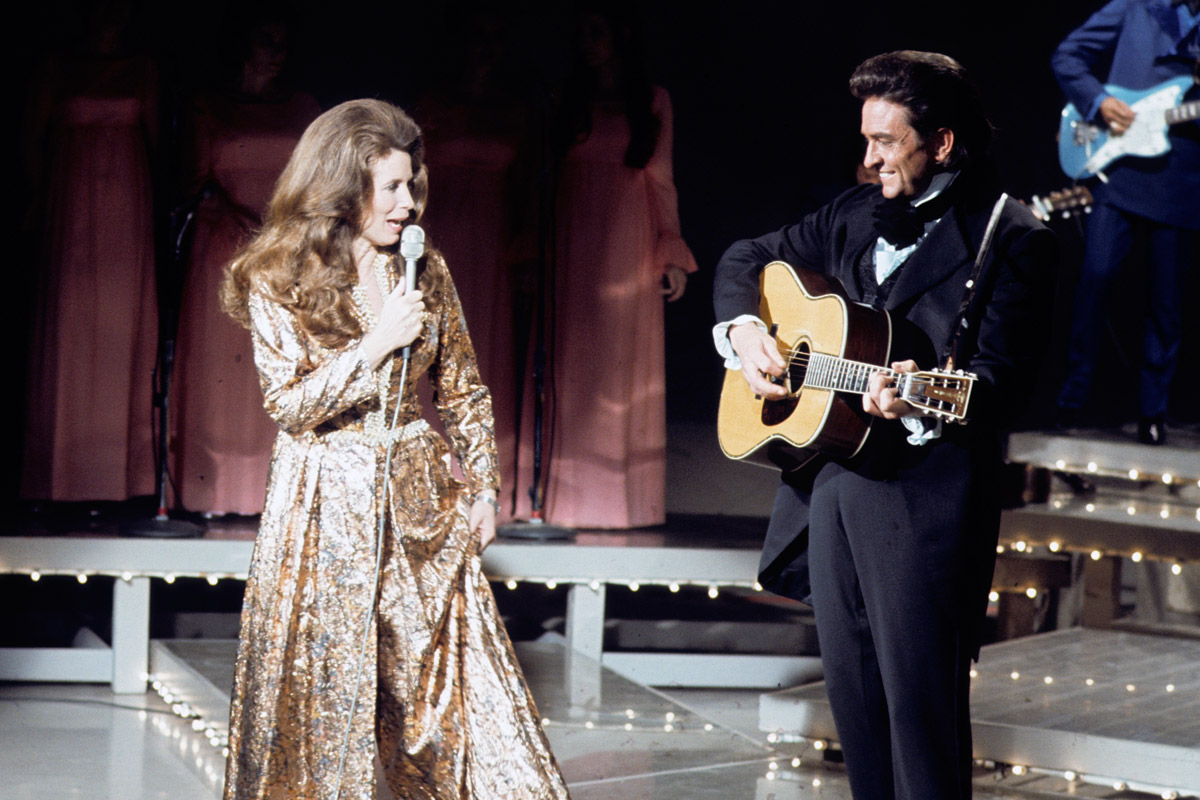 The complicity between them was also noticeable on stage. Photo: Getty

Many Thanks To The following Website For This Valuable Content.
“She was the number one reason for my existence”: Johnny Cash and June Carter, love when talent is overflowing and addictions | Celebrities